Who is behind the Life of Palos YouTube channel? Why does he blame Supercar Blondie? 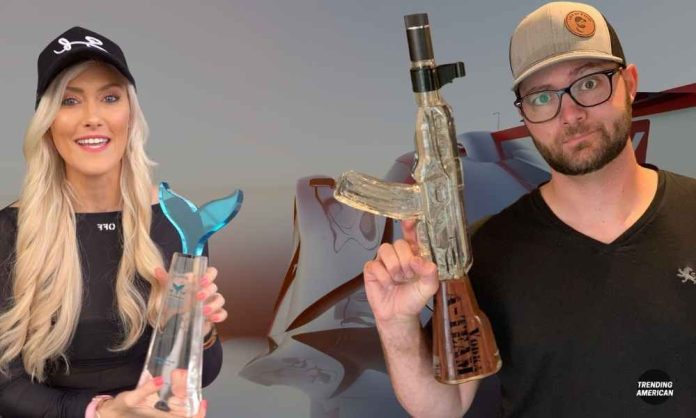 Who is behind the Life of Palos Youtube channel?

Aaron Palos is the person behind the  Life of Palos YouTube channel.

In his channel, he talks about the latest news in the Supercar World. He makes videos not only about Supercar Blondie but also about other famous automotive YouTubers

The real question is, does this YouTuber have anything specifically against Supercar Blondie? Or is he just updating the car fanatics about the automotive YouTube community? Let’s find out!

Key takeaways of the article.

Who is the Life of Palos?

Life of Palos, also known as Aaron Palos, is Supercar Fanatic. His channel is a widely known platform among supercar fans. He currently lives in Colorado Springs. Palos is an entrepreneur and also a Brazilian Jiu-Jitsu Player. He is married to Megan Marie. She is on Instagram by the username me_meganmarie.

Palos has a vast knowledge of supercars. He owns a few Supercars as well. He usually buys new ones or replaces cars in his car collection. Palos owns a 2020 Ford Raptor, and McLaren 570S. In 2020 Palos added a 2013 Ferrari V12 to his collection, replacing the 707 HP Dodge Challenger Hellcat.

He talks about several automotive YouTubers on the Life of Palos YouTube channel. Some are The Vehicle Virgins, The Stradman, Daily Driven Exotics, Salomondrin, etc.

Indeed, Supercar Blondie is a famous person in the Supercar YouTube community. So Palos never fails to speak about her updates on his channel.

Three Years ago, Supercar Blondie posted a video called “World’s First Person to Drive the Devel Sixteen.” In it, She has stated,

This clearly did not happen throughout the past years.

Life of Palos posted a video reviewing the claims made by Supercar Blondie in that video. He says the claims made about the Devel-16 in it are unrealistic. Due to this reason, It got a lot of Criticism.

Additionally, he talks about Supercar Blondie’s recent video. It is called The Hypercar no one believed existed- Devel 16. Palos states that even though it says V16, it is just the V8 Engine in the Devel 16 car. He also says that the car review failed to prove the claims made in the last video.

In the comment section, People had so much to say about this. Some said supercar Blondie doesn’t know much about cars. Others said it was not her fault but the manufacturer’s fault. The Manufactures are the ones that make claims about their cars. Different people had various views about it.

Life of Palos’ Discussing the accusations made against Supercar Blondie by another content creator.

Palos talks about this issue in his channel. He says that Supercar Blondie posted this video initially without giving credit to the original owner. This matter would not have gone so far if proper credit had been given to the owner.

Note that Life of Palos did not make this particular video only about Supercar Blondie. This video had news and updates about other automotive YouTubers as well.

In the comment section of this video, most of them were against Supercar Blondie. But, some said POG was not the only one to convert a supercar into an Xbox. Therefore, it is not that much of a big deal.

Videos links that you can check out to get a better idea.

So do you think Life of Palos is Blaming Supercar Blondie? or is he just generally talking about what is going on?

What is Life of Palos’ net worth?

According to startstats. Yt  Aaron Palos’ net worth is about $522,593. These are calculated based on the number of views, subscribers, Google ads, etc. The accuracy can be a bit off.

Life of Palos gives excellent coverage of the news and updates in the Supercar world. He profoundly analyzes every incident/ scenario with an unbiased view. He does not make up any claims against any YouTuber without evidence.

This channel has videos about many Automotive Youtubers. Sometimes he appreciates their work, and sometimes he doesn’t. Therefore, we cannot assume that he is a Supercar Blondie Hater.

What is Life of Palos’s real name?

His real name is Aaron Palos.

19 Futuristic Cars Introduced by Supercar Blondie. Find Out What Makes...