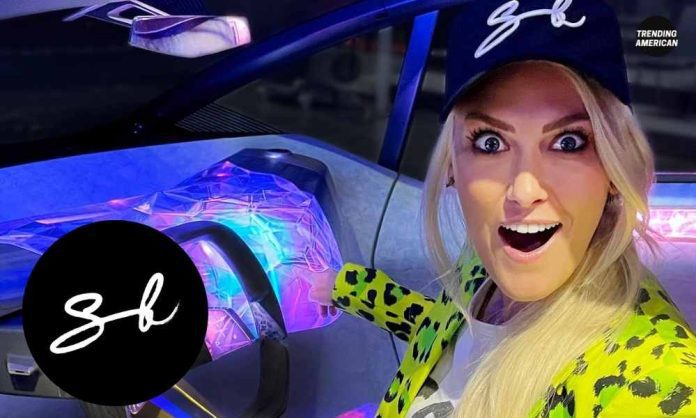 Alex Hirschi, better known by her stage name Supercar Blondie, is a female content creator located in Dubai. She was able to position herself as the highest-viewed facebook creator in the entire world per month., with over 45 million followers. We are intrigued by the story of how she became the most-viewed car reviewer on Facebook. Let’s find out the top 11 secrets you can take from her as a digital creator who conquered the world of social media.

Also Read : Why does this YouTuber blame Super Car Blondie

How did Supercar Blondie become the top Facebook personality for car reviews?

SuperCar Blondie was not originally a car enthusiast; in fact, she was a radio host. But when she did her first car review, it picked up many people’s attention at once. Why? Because she expresses how a unique function of a car feels the way it is. Exact feeling how a normal guy would feel with the experience of that particular function.

So the most important trick in Supercar Blondie’s review videos is that she caters to noobs in the automobile industry, the ones that don’t know how to change the oil. This helped her to gain a wider range of audience throughout the globe.

People pay attention to you if you create something unique and exciting for them. It improves your online profile and exposure in search engines. It also boosts your online reputation and brand image by establishing you as an industry expert.

Supercar Blondie showcases the latest and futuristic automobiles, including production models and concepts. She’s putting in the effort and coming up with brand new models to establish herself as an original, first, and major player in the automotive sector.

3. Having a regular publishing schedule

Having a properly engineered publishing schedule is one of Supercar Blondie’s strongholds. Her fans know exactly when to expect the next futuristic car review video. Also, once in a while, you can surprise your audience by going out of the schedule with something special & unique such as in this video, she did by surprising her team member Sergi.

Some factors to keep in mind when planning the schedule:

She posts 4 videos per day on Supercar Blondie Facebook page. All of the videos on the page are more than 3 minutes in length.

When it comes to her YouTube channel, Super Car Blondie uploads about 3 full-length and 4 short videos per week.

4. Make use of the first few seconds to hook her viewers.

The first few seconds of your video are supposedly the most important when it comes to getting views.

Now watch this video’s no-fluff introduction by Domi from Supercar Blondie: Her introduction gives you a sneak peek at the information that will be presented. No background. No fluff.

One of the reasons this video has over 71K views in 13 hours is because of its compelling opening.

Spend more than three minutes on each of your videos. Episodes of web series, ongoing tales, and live broadcasts all benefit from a length of three minutes or more. Also, Facebook’s algorithm favors native video content, regardless of duration. Therefore, never link your videos hosted elsewhere but instead upload them directly.

Supercar Blondie uploads each video with a duration greater than 5 minutes. Also, she avoids making them overly lengthy, which would otherwise dull the audience.

6. Use of Keyword Optimization

The significance of keyword-optimized video titles has diminished over time. Despite this, adding a keyword in your title does help. According to our study on Facebook and YouTube ranking determinants, which discovered a tenuous link between keyword-rich titles and rankings (a little). Therefore, we advise doing it.

For instance, one of Supercar Blondie’s videos has the keyword “Most Powerful Car In The World” as its target audience. She, therefore, made care to use that same phrase in both the title and the description.

7. Keep working hard and have fun while doing it.

First, generate content on something you’re enthusiastic about. View a similar work to jump right into producing your versions. Make sure your enthusiasm for the topic becomes apparent in your videos.

Hirschi often drives long distances for a relatively short time for her videos. She always puts her best foot forward while presenting the car and dresses to impress no matter the occasion.

She pays close attention to details when making videos for her channels. Eventually, she figured out what makes for the most popular posts, but it took a while. To sum up, she cares about her profession and gives it her all.

Don’t put all your eggs in the social media basket. Aim for media like magazines and TV shows as well. This broadens your reach to people who aren’t active on social media. And it introduces you to a new set of potential fans.

The British TV show Top Gear highlighted Supercar Blondie in their July 2019 episode. She got to go for a spin with “The Stig” around a circuit in Dubai while the film team was there so that they could get accurate lap times.

Supercar Blondie’s enthusiasm and popularity among car lovers led to her hosting the show “Car Crews with Supercar Blondie” on the Netherlands-based TV channel Insight TV.

As well as that, Supercar Blondie was featured in an interview for GQ magazine.

9. Have the necessary skills

Keep in mind that big businesses have several teams working hard to generate ideas for YouTube channels, record new content, edit videos, and concentrate on developing thumbnails, titles, and keywords. It’s a lot of work to do everything by yourself!

Hirschi, who studied journalism in university, was a radio newscaster before entering the world of social media. This indicates that she was well on becoming a skilled performer. That’s why she’s so good at predicting what kinds of shows will be popular with audiences. Her website contains information about her that you can look up.

A post shared by Alex – that girl with the Cars (@supercarblondie)

Find the perfect name for you that is also available. Your account must be simple to find and memorable, like Supercar Blondie. It is because more people use social media to look for businesses and products.

The appropriate name may establish the tone for your unique identity and help people grasp the objective from the get-go.

People who despise you and attempt to knock you down will always exist, no matter how great your content is or how hard you work on your content.

Remember that you can’t make everyone happy, and remember the people who value you and what you do. Draw inspiration from them to push through the criticism and keep doing great work.

Supercar Blondie has spoken out about the online harassment she faces for being a woman in the traditionally male-dominated auto sector. But instead, she has found that the negativity has only fueled her drive. And she earned the admiration of her peers for her mature response to the keyboard warriors.

How much does Supercar Blondie earn per month by being the...