Jojo and Bri are an America’s Got Talent Season 17 semifinalist singer’s duo. They are known as Uncle and Niece Duo on AGT 2022. Here is what happened to Jojo and Bri in AGT 2022 with some facts.

On AGT 2022 live semi-finals Jojo and Bri add their own spin to “You Gotta be” by Des’ree. It was able to impress the judges and AGT audience. But they were eliminated from the semi-finals.

Who are Jojo and Bri?

Jojo and Bri are uncle and niece pair who shocked the world with their amazing vocal skills. They are the happy singing duet that has been seen on the AGT’stage.

Jojo’s full name is Joseph B. Clarke. His sister is Ebony Lomax Harper. Jojo is Brianna’s uncle. He becomes so popular due to his singing talents around the world. He sings with a lot of control and accuracy.

Jojo is a multi-talented person. It is difficult to introduce him in a single word. He is a singer, producer, composer, and vocal coach in the profession. Joseph has appeared on so many television shows before.

He is not a stranger to the American Got Talent stage. He was a member of the trio Resound on season 15 of the same stage. Unfortunately, his band was eliminated in the quarterfinals.

Jojo’s niece Bri’s full name is Bri’Anna Harper. She is 14 years old. She was born on 20th December 2007 in Chesapeake, Virginia. She comes from a family of talented vocalists. Her mother and uncle are also good singers.

She is studying at Grassfield Elementary school in Chesapeake, Virginia, US. She likes to listen to 80s, 90s, and 60s greatest hits. Her mother’s name is Ebony Lomax Harper. A talkative woman and she used to celebrate anything of her daughter’s.

Bri has a cute younger sister. Her name is Kayla, and she is six years old. There is not much information about her father. But her dad can be seen in some of her famous TV Shows.

Jojo learned many things from the previous AGT experience. The biggest experience that he gains is “Not to give up” he says. Jojo did it tactically to give some kind of encouragement to his niece.

The Little lady was excited and nervous to perform. She says, if she won a million dollars, she would like to give back to charity. Her ultimate goal is to make the world smile and make the world a better place. This duo sang the song “Ain’t no mountain high enough” with great vocal respect. Their voices were nicely blended with each other.

They sang the harmonization parts in a unique way. Vergara said, “ it looks like they have been doing this forever,” she says. While Simon praised it as one of his favorite auditions that defined “joy and magic”. Eventually, they won all four yeses and get selected to the next round.

Jojo is a talented singer and a vocal trainer. Jojo founded Clarke Vocal Coaching Academy in 2013. He trained hundreds of students including his niece Bri. Later, these two lovely duos have been singing online for a period of time.

Bri Anna released a video of her uncle singing in 2020. It went viral and caught the attention of several Hollywood A-listers including Kristen Bell. Jojo has participated in shows including Australia’s The Morning Show, and Greatest Anthem videos. She was recently signed by Michale Bivin’s label New Edition.

Bri Anna has a considerable amount of followers on her Facebook. It’s nearly around 7730. Jojo and Bri are really famous on YouTube. Their performance on the AGT’s stage has become very popular around the world. It’s getting viral and more than 1 million views have been received.

The video of Bri’s interview on the Ellen show has been viewed by more than 421K viewers on YouTube. You can follow Bri Anna on Instagram as @bri.anna.harper. She has posted only 2 posts in it. Bri has only 455 followers. But Jojo has 127K followers on Instagram. You can find him at @joseph.b.clarke.

Jojo and Bri’s Net Worth

There are no exact figures on their net worth. But Bri received $ 10K and a brand new vehicle from the Ellen show 3 years ago. We will update you about their net worth in the near future.

Jojo and Bri duo did some amazing things in AGT. They have just started their career. Next, we will update this content about what happened to Jojo and Bri after AGT 2022.

How old are Jojo and Bri?

Where is from Jojo and Bri from?

Jojo and Bri duo are from Chesapeake, Virginia, US.

What are Jojo and Bri’s real names?

Who is Brianna’s mother? 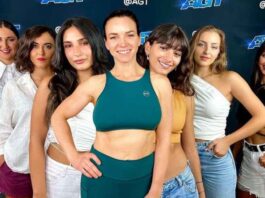 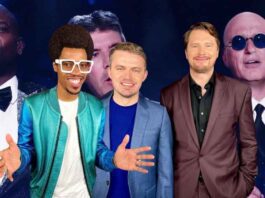 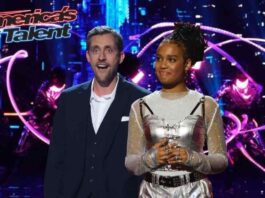