What happened to Max Ostler in America’s Got Talent? 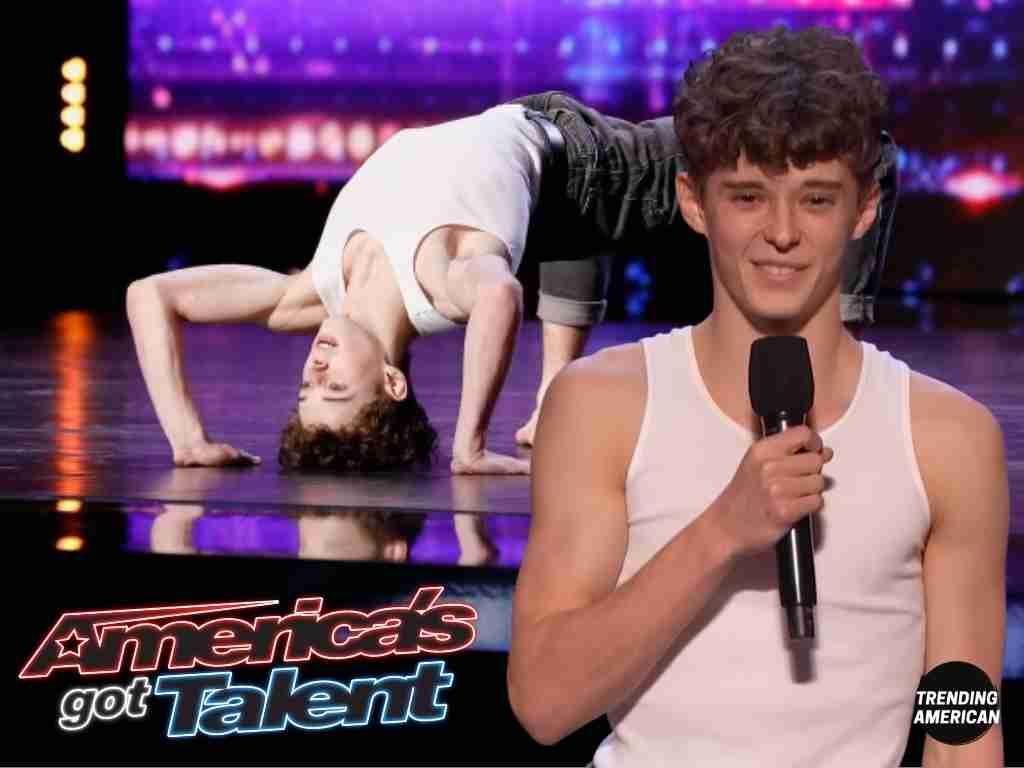 A young Australian boy surprised the world on the last 14th of June. Max Ostler performed a high-class act on the AGT 2022 stage. Max performed his solo lyrical piece on the world’s big stage.

His performance is like “Harry Styles of dance”. His incredible act earned a standing ovation from the judge, Sofia Vergara. However, Ostler has traveled a long journey to impress the judges and the American community.

He came to the AGT stage alonely. Max said, “ I’m here on my own,” he says. Judges admired his commitment before he performed his incredible performance. Then he starts to dance like a gymnastic player.

It was so unique. Rather than a dancer, it can be defined as an overall act. He won the hearts of everyone with his incredible performance.

Simon admires his performance a lot. “Max, You have come halfway around the world to show us something and it was magic,” Simon said, “If this was my son who did the same thing, I would be pride right now”.

Then Heidi Klum gave her first yes without saying anything. Eventually, Ostler ended up getting four “yes” votes.

What happened to Max Ostler in the AGT semi-finals?

In the live show semi-finals, Max danced to “Castle On The Hill” by Ed Sheeran. He was able to impress the judge and audience and Simon Cowell, Heidi Klum, and Sofia Vergara gave a standing ovation after his performance.

Heidi was the first one to talk about Max’s performance. “It was beautiful, it was poetry in motion, I see a face up there I can see how much you enjoy this and I do hope you get discovered from this, I love that you’re 19 years old you have such dedication to what you do, It was great,” said Heidi Klum.

“This was better than your first audition,” said Simon Cowell

When it comes to semi-final results Max was unable to get enough public votes to select the top 5 acts of week five. He was eliminated from the semi-finals.

There is no information about his mom and dad. Nothing about his siblings. His favorite tv show is Ninja Warrier. Ostler is very interested in watching Jurassic World.

He has been a dancer since he was just 10 years old. He was a member of the Dream Dance Company. He performed at the Australian Dance Festival in 2018. He is training in dance for the last eight years. He wants to become a full-time dancer and travel all around the world.

He is love dancing as it is so creative and free. He said that dancing allows him to explore his body. He thinks that he can express himself to others through dancing. His dream is to be the most sought-out choreographer and dancer in the world.

Also, Max’s fans can watch his dance moves on TikTok. He is also on TikTok at @_max_ostler_. He has 696 followers right now. Ostler is on YouTube at Max Ostler. He has only 189 subscribers.

His performance on the AGT’s stage become very popular around the world. It’s getting viral and more than 857K views have been received.

There are no exact figures on his net worth. But Max’s approximate net worth is around $ 50K. He may earn a considerable amount of money as he is a professional dancer.

But this young man will do some amazing things in his next rounds on AGT. Wait until his next performance. We will update you soon.

How old is Max Ostler AGT?

Where is from Max Ostler?