What happened to pole dancer Kristy Sellars in AGT 2022? 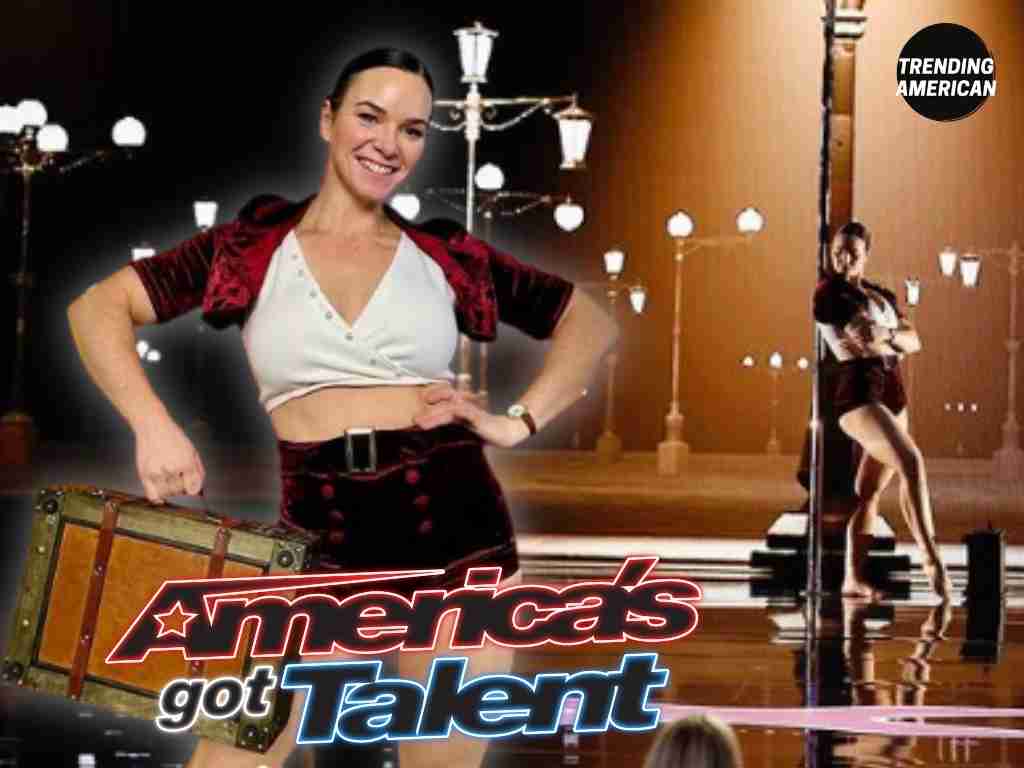 Kristy Sellars, a mother of three from Australia, is an AGT pole dancer and will be featured in AGT 2022. Kristy has practiced many forms of dance, but pole dancing is what truly inspires her. When she first tried it, she was awestruck. This article is about What happened to Kristy Sellars in America’s Got Talent & facts about her net worth and biography.

Kristy Sellars AGT, who was born on May 28, 1986, in Australia, is a well-known dancer. Pro pole dancer and aerialist who shot to prominence after appearing on season 9 of Australia’s Got Talent.

She wowed the audience and the judges with her innovative dance routines and ultimately won the competition. Astrologers have determined that Kristy Sellars’ star sign is Gemini.

The world-renowned Australian pole dancer and mother of three is known for the innovative fusion of dance and performance art of Kristy Sellars.

Rylie, Mason, and Ollie are their given names. When Kristy won the 2019 season of Australia’s Got Talent back in September, her eldest child, Rylie, was eight years old, her middle child, Mason, was 2, and her youngest child, Ollie, had just been born.

At the time, though, Kristy revealed to listeners of “The Pole Dance Podcast” that her 2-year-old daughter adores her.

Kristy, who is originally from Australia and has three wonderful children, introduced herself and her family before commencing their routine. Despite her extensive dance training, pole dancing is her passion.

The judges had expressed their opinions on the type of act in advance of her audition. Simon Cowell deemed pole dancing “pointless,” while Sofia Vergara said she would never do it.

Once Kristy began performing, it was immediately apparent that her act subverted conventional pole dancing. A lot of people were taken aback when they saw America’s Got Talent logo vanish behind the performer. There was a dark cityscape in place of the show’s logo.

Kristy often makes use of a suitcase alongside the pole during her performances. She did a number of stunts, including holding herself upside down, before using the luggage as a gateway to alter the scenery.

She engaged with the shifting environments and the characters within them. The movement in the background makes it seem as though Kristy is doing a lot more than just moving up and down the pole.

Near the middle of the performance, the judges started giving positive feedback. Most of the famous judges sprang up to applaud her immediately after it ended. Intricate camera work revealed that Cowell was the last of the judges to stand. Before the judges could rule on whether or not to allow the early release, it was over.

What happened to Crusty Sellars in the AGT semi-finals?

In the live show’s semi-finals, Kristy brings her dreams to the AGT stage. It is like watching a movie and she was able to amaze the judges and gives standing ovations after her performance.

She got good comments from all four judges and she was able to select the top five-act of the week. Dancing group Mayyas and Cristy Sellars are the semi-final week five finalists.

As of June 21, 2022, when Kristy’s performance was made public, viewers were left wondering who Kristy Sellars was and how she managed to remain on the show. According to her social media sites, she owns PhysiPole Studios, Enviro Grip, The Enviro Company, and Pole Scription.

Kristy performed a dance that took up all of the stage, advanced through every round of competition, and ultimately won the top prize on Australia’s Got Talent, a talent show in her home country.

At the time, she had combined pole dancing with animations created by a skilled animator or 3D generalist named Jan Zavadil to create a crazy dancing background and visuals. However, according to his website, Jan has been working in the industry as a freelancer since 2017. Kristy currently employs Jane, who works for her company PhysiPole Studios.

Kristy pole dancer has been rated as a top dancer and one of the industry’s wealthiest. Wikipedia, Forbes, and Business Insider all estimate Kristy Sellars’ wealth at $1.5 million.

AGT Pole Dancer 2022 Kristy has over 23.5K Instagram followers, about 39K Facebook followers, and at least 14.8K YouTube subscribers despite her modest fame as a result of her appearances on the numerous AGT episodes.

She posts almost exclusively about pole dancing on her many social media accounts. She doesn’t just upload pole dancing videos; she also regularly shares photos and animations covering a wide range of financial and investment-related themes.

How old is Kristy Sellars?

Where is Kristy Sellars from?

Who is Kristy Sellars’ husband?

The identity of her husband is currently unknown. As soon as we find out, we’ll post an update.