HomeYoutubersWho is the Family behind the Country Life Vlog YouTube channel?
Youtubers

Who is the Family behind the Country Life Vlog YouTube channel? 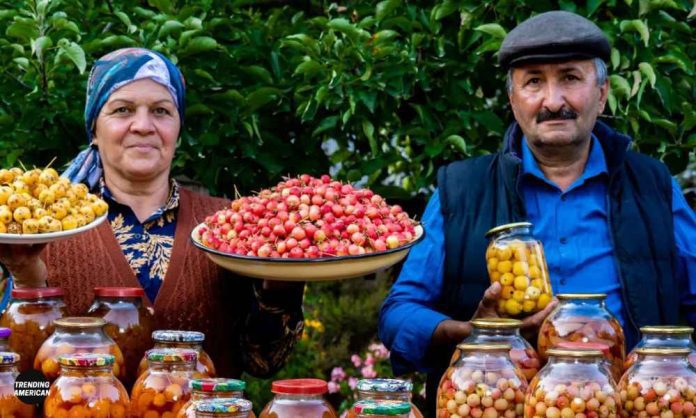 Country Life Vlog is an Azerbaijani village life vlog channel. Aziza Ramikhanova and her Family is featured on the channel. Aziza’s son is in charge of editing and recording the videos.

The Family resides in Gusar, Azerbaijan, under Greater Caucasus Mountain.

Former chef Amiraslan uses his culinary skills to create content for the channel. His mother, Aziza, fully supports him with the work with her eye-catching cooking skills.

They give a calm experience of the village life of Northern gates. Freshly picked ingredients and unspoiled nature give a different experience to the viewers. Also, this is the best channel to learn mouthwatering Azerbaijani recipes. Let’s get to know more about its family members.

“AS A COUNTRY LIFE VLOG, WE LOVE TO SHARE WHAT WE DO AT COUNTRYSIDE, ENGAGE WITH NATURE AND MAKE THE MOST OUT OF VILLAGE LIFE.”

Almost every video on the channel starts with Aziza. She is a fantastic chef and a loving mother living in Gusar, Azerbaijan. Anyone who watches the videos can understand that she is a skillful chef with a glance.

Aziza’s husband, Mr. Ramikhanov, is also appearing in the videos. The channel gives a different view of Azerbaijani cooking to the world. So, the channel grew, creating a more profitable experience for the Family.

Amiraslan is Aziza’s son, and he was a professional chef before. He worked in a restaurant in Baku before starting this channel. However, the global pandemic led to his previous workplace shutting down. So, he had to return to his hometown. But the pandemic couldn’t stop his excitement in culinary art.

He started a YouTube channel with his mom. However, they attracted four million subscribers over the years and are still growing daily.

How much is Country Life Vlog Net Worth?

According to the YouTube income calculator, the expected channel income since channel creation is over $1,834,000. But their net worth is not revealed yet.

With millions of fans, Country Life Vlog came along a long journey. Everything started after Amiraslan lost his job as a chef. However, the pandemic couldn’t stop his eager interest in cooking. He saw the opportunity opened an online sharing experience for the region. So, he started to create vlogs with his mother.

Also, the fantastic landscape surrounding his home added spice to his lifestyle. The farmland beneath the Greater Caucasus Mountain was an eye-pleasing experience for viewers. Open-fire cooking with fresh ingredients from the yard and calm nature sounds matched well. So many people interested in the Azerbaijan lifestyle started to join the channel.

Videos on the channel feature them feeding their farm animals and picking up fresh foods. Also, it includes traditional Azerbaijani cooking based on cooking at wooden coals in a Saj. It made the channels a long way in subscriber attraction.

Country Life Vlog channel gives the viewers a calm country life experience to the followers. They have 188K followers on Instagram.

Where is the country life vlog from?

Country Life Vlog is from the Asian country Azerbaijan. Russia, Georgia, Armenia, Iran, and the Caspian Sea are on the border of Azerbaijan.

How old is the lady on the country life vlog?

It seems Aziza is a late middle-aged woman whose age is not revied yet.

Who is the couple in the Country Life Vlog Azerbaijan YouTube channel?

Get to know everything about Gareth Leonard

Here is Everything you need to know about Rosie Maio