Trending American
HomeTrending NowWhat is LADbible and how do they make money? + Net Worth
Trending Now

What is LADbible and how do they make money? + Net Worth 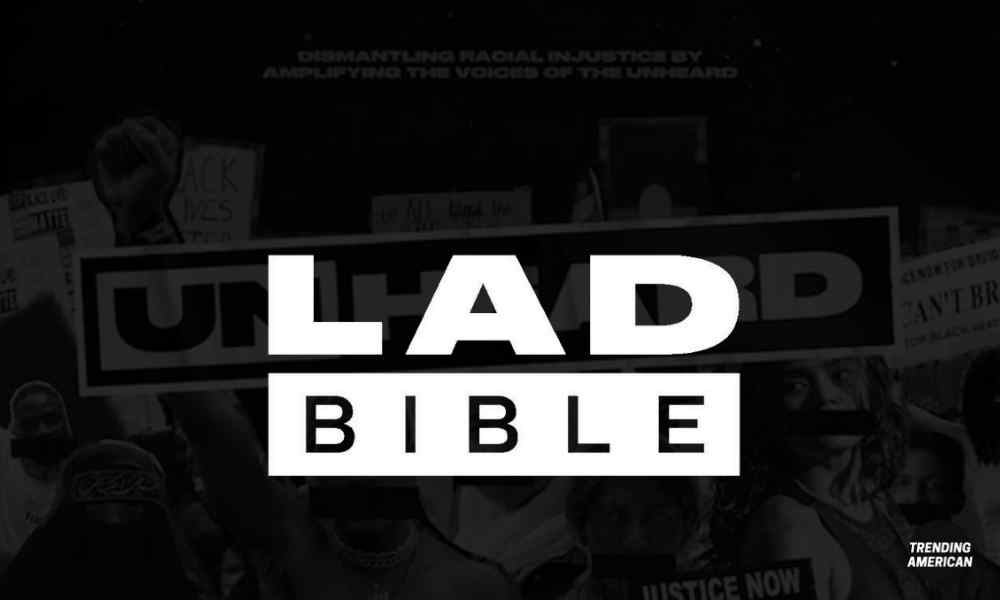 LADbible is one of the Number 1 Media and Entertainment Creator’ in the world which is a voice for a community of 300 million people rights now. It mainly targets the younger generation between 18 to 34 years old. The UK digital publisher creates a platform for youngsters to motivate a young market through its creative campaigns. Here are some important facts about LADbible, how they make money, and their net worth.

LADbible Group is a British Digital Publisher which is much more popular in the United Kingdom. It is one of the most developed digital content publishers in the world right now. The entertainment brand mainly targets young adults who are between 18 to 34 years old in the United Kingdom. It generally focuses on factual entertainment programming and documentary content.

This is an expanded group that includes LADbible, UNILAD, GAMINGbible, SPORTbible, Tyla, and many more brands. It already generates more than 28 billion content views globally each year. According to their published information in December 2021, there are 450 employees working with the group. This prominent Digital Publisher has its own creative team called Joyride. It works with its clients to link them with their young audience through creative campaigns.

In 2019, they launched LADbible Australia and SPORTbible Australia, and Ladbible Ireland. The world’s leading social publisher launched SPORTbible Australia as their new publication dedicated to Australian Sport. In 2021, they achieved to cover two main countries of the Australian continent by launching another branch in NEW Zealand. It includes videos, documentary materials, and broadcast lives that contain interviews, entertainment, news, and current affairs.

Why is it called LADbible?

Some of their posts dropped on social media platforms have caused anger between religions.

Who is the LADbible founder?

Alexander “Solly” Solomou is the founder of the Ladbible group. When it was created he was just 21 years of age. He completed his graduation in the Bussiness Management stream. Solomou won the Ernst and Young Entrepreneur of the Year North award in 2016. Then Arian Kalantari joined Alexander as the director of it.

How did LADbible start?

Alexander studied business management for his graduation at the University of Leeds from 2009 to 2012. While he was at University, Solomou had the idea to start up a social media publishing business. He started his business as The Lad Bible Limited on 3rd April 2012. Then Arian Kalantari joined with Solomou as the director of the business and developed it into a LADbible project.

LAD bible is a United Kingdom, New Zealand, and Australia-based digital publisher. Its headquarters are located in manchester. Other than that so many offices are in London, Dublin, Sydney, Melbourne, and Auckland. In the United States, it has earned a huge audience too.

How does ladBible make money?

It creates money mainly from brands like Lynx, PlayStation, and KFC. Also, it earns money from marketing campaigns, and programmatic advertising on sites like Facebook, YouTube, and Snapchat. They have already created a strong relationship with their audience and they have an understanding of what the audience request from them.

Many organizations and companies advertise on its sites. It has already covered the UK, Australia, New Zealand, Ireland, and USA audiences. In the United States, it has a large audience without a staff. Instantly it attracted over 75K interactions.

Solly has published the brand’s first Facebook post in January 2012. Then they launched a new Facebook page, especially for Australian users. Alexander makes it more relevant to his target audience. In 2014, Ladbible’s Facebook page has passed over 2 million likes, and it is accumulating more than five million unique visitors each month. In 2015, it has over 10.6 million followers on Facebook. At present they are in a massive position of gathering 45 million followers on Facebook with 37 million likes. They have already uploaded 213524 videos to their official Facebook page.

Lad bible has its own YouTube channel with over 1.99 million subscribers. It has already dropped 717 videos to it. The social media publisher has over 12.7 million followers on Instagram. They regularly update their Instagram account with over 31.9K posts.

It is a business self-funded from the beginning. But later, it earns more capital from advertisers. The solly-founded business has an estimated net worth of around $6 million. Alexander has cashed worth 50 million pounds and retains worth about 150 million pounds. The publisher group earned more than $1 million per annum from advertising.

Is Unilad and LADbible the same?

Unilad is a British Internet media company and website owned by LAD bible Group. It feels similar but found by a separate team.

also read: The Story behind TikTok Famous Karen’s Diner & its Net worth