The Story behind TikTok Famous Karen’s Diner & its Net worth 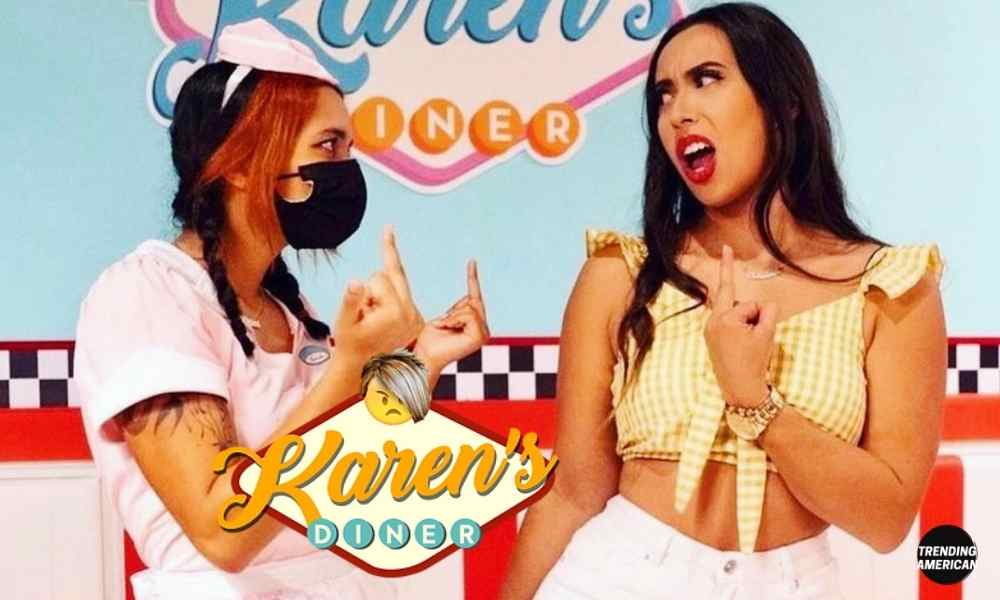 There is a restaurant known as Karen’s Diner, an Australian chain of burger restaurants, where they swear to customers, stare at them, and do everything you would not expect from a hospitality-facilitating place. This article will explain what they are, why they are angry all the time, menus, locations, net worth, social media, and a few more things you would know.

What is Karen’s Diner?

Blaming and being blamed are two associated facts available for hospitality workers. Although the customers get to blame workers in the hospitality field, workers don’t get the privileges to do that in return. What if things turn 180 degrees? The employees at Karen’s Dine are famous for being rude. They are exceptionally rude. Showing the middle finger in front of your fiancé on your most special day, swearing at you, blaming you for nothing, not taking orders, and hundreds of actions they would like to deliver you for free.

Karen’s Diner’s primary intention of introducing such a violent vibe is to enjoy a difference along with the delicious burgers they serve. Millions of Tiktok users have watched some videos, and the particular vibe has dragged thousands of regular customers into their restaurants worldwide.

If you search the internet, you will find hundreds of Seraing occasions to the customers. Although, as a customer, you would not love to be there, it would be a dream to be in Karen’s Diner as a servant. You get to express your worst anger in this restaurant with a decent income.

Yes, it is Halal. The Islamic Law and Malaysian Halal Standard are followed by the Karen’s Diner. As a Muslim devotee, the restaurant is open for you.

What is the concept of Karen’s Diner?

The creators have thought of a 1950s-old US restaurant vibe to be delivered to the customers. More importantly, the servants in the restaurant will not mind even if the worst comments are about to receive. People in the 1950s did not have many choices as the next restaurant, which made them stay at one venue although the service was terrible. What Karen’s Diner has changed is the quality of food. They serve the best food to customers and try to stick to rude manners as much as possible.

Is there an age limit for Karen’s Diner?

If you are below 18, you will have to avoid the restaurant after 5 pm on weekends and 6 pm on weekdays. The employees know when to be rude and how to do that in front of kids. But, they don’t assure it within the mentioned time durations.

Beef Burgers ad Wings are the most popular dishes at Karen’s Diner. You can enjoy a free drink at any of their venues if you have Karen as your name as well. The basic Karen, The American Cousin Karen, The Fiery Karen, Royale Karen, Country Karen, and Deep Fried Karen are a few of the most delighting Menus at Karen’s restaurants. Even if you are a vegan, they have a special Menu known as Vegan Karen.

The city Karen, Spicy Karen, and the Tropical Karen are a few of the most appreciated cocktails at Karen’s Diner. Even if you don’t like them, there is nothing you can do except be blamed for that. The average price for a food menu is 12 euros, and you can buy a cocktail for just 5 Euros. The additions will cost you more.

Where is Karen’s Diner located?

The first branch was opened in Sydney last October. They added their videos along with several violent hashtags on Tiktok. The tagline the restaurant used was “great burgers and rude service.” People emanated to enjoy a difference and kept coming to the Sydney restaurant. The popularity drove them to open the following branches within 06 months.

Karens Diner has expanded their services into the UK as well. The newly opened Manchester and Sheffield branches are doing great according to the Tiktok videos we get to see.

Chelsea is the manager at the Manchester branch who has enjoyed blaming the customers just like other branches do. As she speaks, the priority is not just about being rude but delivering eh best burgers to the customers. The management is looking forward to opening their next four branches in Australia this year due to their massive fame.

As Aden Levin thinks, “All of our concepts at Viral Ventures are designed to make sure people have fun and potentially try something they have never experienced before.” They have done it, and things are going well.

How do recruit staff for Karen’s Diner?

Karen’s Diner usually posts on Facebook regarding their available vacancies. They put on their email address along with an attractive caption such as “Angry, sassy and fed up Karen’s only need apply. If you don’t have what it takes, DON’T APPLY”. According to those who are interested, a job at Karen’s Diner is one of the most embracing opportunities new blood can get.

Karen’s Diner’s net worth is around $2M. They have reached this net worth with their 09 branches in Australia and the UK.

Although blames, stares and swears are more common on Tik Tok, they update their latest food items on Instagram. As Karen’s Diner fan, Instagram is what you must be following.

Why is Karen’s Diner famous on Tik Tok?

Karen’s Diner is famous due to their rude attitude. They not only blame and swear at the customers but put on Tik tok. Although there have been several Tik tok Channels run by the restaurants, they don’t show much uniqueness as Karens Diner. That is why they have got such a large number of followers.

Is there a Karen’s Diner in the US?

No. They are not open in the US. But, you can leave a request on their forum. When they are in your city, Karens Diner will notify you.

What country is Karen’s Diner in?

They are open in UK and Australia.