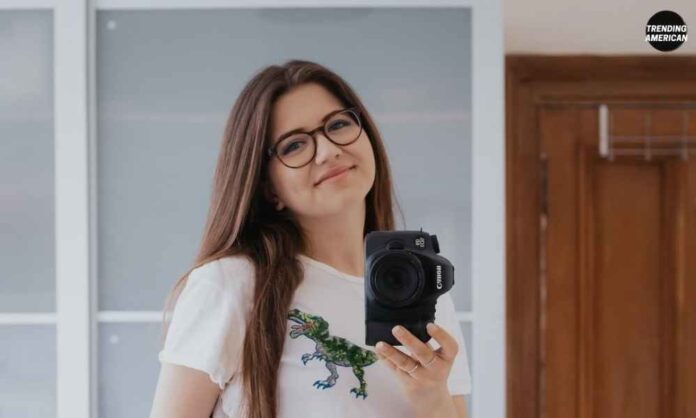 Grace Wells is a smart lady who doings everything individually in making videos typically done by a team of people. Within over 2 years of period, she has become a TikTok star with over 2.4 million followers. Here you will be able to find some facts about Grace Well’s biography, family, career, social media, and net worth.

Why is Grace Wells famous on TikTok?

Grace Well’s participation in TikTok is something different and unique. That’s why she became so much popular in just 30 months.

Actually, Wells started her career as a commercial video producer for Random Objects such as paper clips, toilet paper, and even for potatoes. Now she has become so famous as she worked with many brands like Olay, Sunkist, Logitech, Dawn, Sabra Hummus, and Samsonite luggage in preparing commercial ads.

Grace’s full name is Grace Wells. Her native place is Peekskill in the Hudson Valley. Wells is just 24 years old. She graduated in 2020 from the University of Edinburgh, Scotland with a master’s degree in Linguistics.

The lady currently lives in New York. Grace is a photographer and makes videos as a hobby. Earlier she had a post-graduation job relating to video work for Grande cosmetics.

But after doing a successful commercial for Celsius she decided to quit Grande Cosmetics. After that Grace works as a professional commercial video maker with many brands all over the world.

Then Wells had a consultant post in a production company in Los Angeles and later they hired her as a director. She also likes to work as a filmmaker.

Currently, Grace lives with her dad in a rented space. Her father is a retired stop-motion animator. He is a very crafty, hands person who helped her tile and wallpaper.

Her family resides in Peekskill. She also has a sister who is still studying. But there is nothing about her mother. No information about her boyfriend or husband. Her marital status is not revealed yet.

Grace started makings videos on TikTok as a hobby during the pandemic period. She posted her first TikTok video in April 2020 just for fun.

Then she tried something different with series 1 called “Making Epic Commercials for Random Objects” and unexpectedly she received over 2 million views.

At the end of 2020, she was hired by a toilet paper company for an “epic commercial.” Then Wells worked with a Soda company called Celsius in February 2021. In May 2022, she was listed in Variety magazine as part of TikTok’s showbiz list.

There are no exact figures on her net worth. But she may earn a huge amount of money by creating commercial ads for various brands all around the world. As a TikTok star, Grace may receive considerable income through social media platforms.

How much does Grace Well earn from TikTok?

There is no real information about her net worth. But she may earn huge income through TikTok as she has passed over 2.4 million followers with over 51.5 million likes.

Well’s video made for the Celsius Soda company has passed over 8 million views on TikTok and it was the turning point of her career that led to a lot more brand deals. Grace’s uber-popular “dirt” commercial has garnered over 16 million views.

Grace Wells has her own Facebook page with over 23870 followers. Her epic commercial for a Spoon has amassed over 987K views on Facebook. She has more than 336K followers on Instagram. The TikTok lady has already posted 169 posts on it.

Grace has her own YouTube channel with over 11.4K subscribers and 419K views.

Although most of Grace Wells’ facts are in this article, there is nothing much about her family, and net worth. She is a young dedicated talented lady who changes her career in the last two years and became a TikTok star right now. It seems to be clear that she has the knowledge, creativity, and expertise to be a professional commercial ads producer and she totally deserves it.

How old is Grace Wells now?