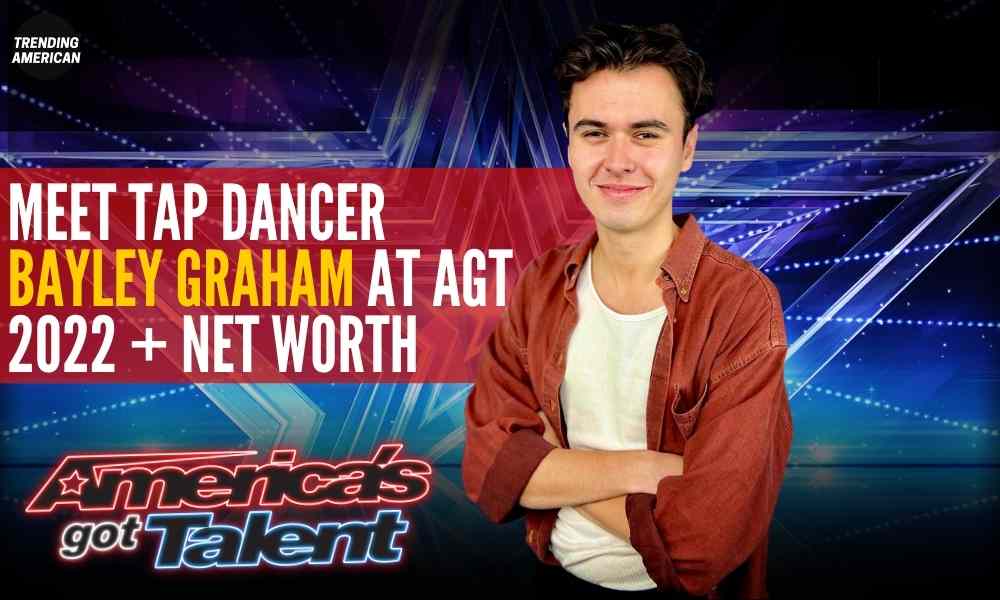 Bayley Graham is one of the best world tap dancers who came to the AGT from Christ Chruch, New Zealand. His energetic tap dancing audition surprised all as his foot tapping rhythm is seriously unbelievable. AGT Bayley Graham is the winner of New Zealand’s talent show’ 60 Seconds.” Here are some facts about tap dancer Bayley Graham’s biography, family, relationships, career, and net worth.

Graham reveals that he does not have a day job yet. But he is a professional tap dancer, teacher, producer, and entertainer. He is the head performer of “ Rhythm is my Business.” Bayley has won many titles and awards for his dancing. AGT dancer Bayley Graham hopes to gain a degree in dance in the future.

There is nothing about his parents and siblings. No information about his girlfriend and friends. Graham worked for a long with Jan Raurdy. Ruardy is the choreographer of tap dancer Bayley Graham.

Tap dancer Bayley Graham came to AGT from Christ Church, New Zealand. Simon asked, “Do you have a day job” and “ I try to do this. So pleases someone hires me” Bayley replied loudly to the audience. He reveals that he is lacking opportunities as a tap dancer in New Zealand.

Bayley carries his dance while communicating with the audience and the judges. Just after the performance, Graham earned a standing ovation from Howie Mandel. “You are more than a dancer, You are an entertainer and you please the crowd” Madel expresses his thoughts about the tap dancer’s performance.

Judges were satisfied more than enough with his performance. Eventually, he received four yeses and advanced to the next round.

Tap dancer Bayley Graham is a performer at Nelson Fringe Festival in 2021. He is the winner of TVNZ’s ’60 Seconds’reality show. Graham is the creative director and head performer of “Rhythm is my Business.” It is New Zealand’s newest tap show produced by Bayley.

He is also working as a tap dancing teacher for a lot of kids. AGT Graham conducts Tap dancing workshops for young dancers. Also, he got the chance to perform on Crusaders Awards Evening at Town Hall, Christ Church. AGT dancer Bayley Graham’s main goal is to have a show of his own in vegas.

AGT Bayley Graham has his own YouTube channel with 4.26K subscribers. He has already uploaded 32 videos to his YouTube Channel. His performance on AGT has over 156K views right now. Bayley joined YouTube on May 20, 2015. He has a reasonable crowd on YouTube for his uncommon dancing acts.

Tap Dancer Bayley has amassed over 314K views on YouTube. His choreography covers called “ Alexander Hamilton” and “If I can not have you” have over 20K views.

He used his Facebook account and pages to sell outs his shows and to gain required publicity for his own shows.” Rhythm is my Business” is his new Facebook page that uses for his publicities.

AGT Bayley Graham has over 5.1K followers on Instagram and he is following back for over 2000. Tap dancer has already posted 39 posts to it. One of the most viral videos on Instagram is the “Viral Elvis tap dance video” with almost 1.4 million views. It has achieved 245.5K likes.

There are no exact figures on his net worth. Exactly he may earn a considerable amount of money as he is a professional dancer. He may earn a good income as he is practicing as a dancing teacher, producer, and performer.

Although most of  Bayley’s career facts are in this article, there is nothing much about his personal life, family, and net worth. No information about his educational qualifications. AGT Bayley didn’t reveal his real life to the judges. He is a professional tap dancer who performed individual concerts and shows rather than seeking a day job. Also, so many fans criticized his thoughts again in his motherland, New Zealand.  Bayley Graham AGT will try something unique for sure with his upcoming performance.

How old is Bayley Graham AGT?

Where is from Bayley Graham?

He is from Christ Church, New Zealand.

Who is Bayley Graham AGT?

also read: Everything about Funkanometry Dance Duo at AGT 2002