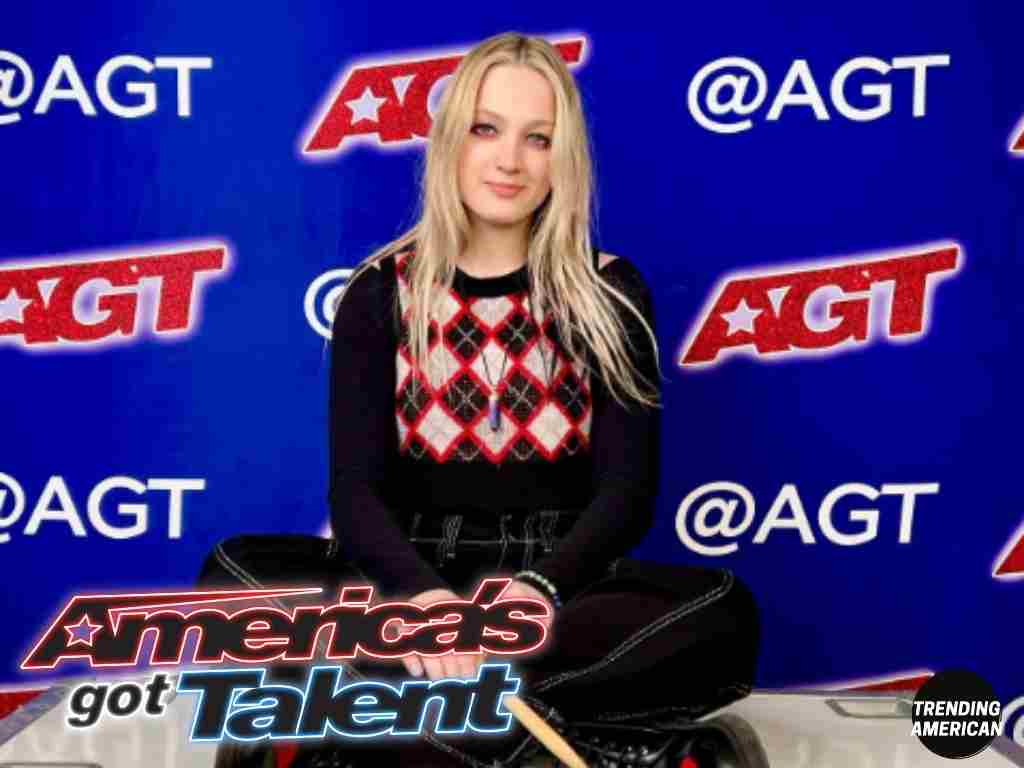 Young teen Mia Morris performed superbly on American Got Talent during the June 28 episode. She is just 18 years old rising star in the musical industry. AGT Mia has been called a “drum prodigy” by professional musicians on her official website. But she is a multi-talented lady who can play many more instruments. Morris is very clever to create wonderful musical arrangements in a professional manner. Here we will touch on her biography, family, relationships, and other facts.

Mia’s full name is Mia Morris. She is just 18 years old. Her birthday is 26th June 2004. Mia came to the AGT stage from Nashville, Tennessee. Morris is originally from Indianapolis. She is an American. Her parents decided to move to Nashville when she was in seventh grade. She is a junior in High school. Her birth sign is Cancer.

Mia has Lynn, blonde color hair. AGT Mia’s approximate height is 5 feet 6 inches. Her weight is 52kg.  She has introduced herself on Facebook as a rock star. And also, as a songwriter, and multi-instrumentalist based in Nashville. AGT Mia is excellent at playing drums. She can also play the piano, bass guitar, ukulele, harmonica, Cajon, and melodica.

Mia’s parents are not musicians. Nevertheless, nobody knows what her mother’s name is. There is nothing about her mom. Her dad’s name is Oliver. But her parents were quick to catch her potential at a very young age. Mia’s dad introduced her to taking lessons from the Wade Parrish when she was just 10.

Her father realized her passion for drums and got her a drum set. Morris’ dad came to AGT with her daughter, Mia to encourage her at the very last second. Mia Morris AGT singer is currently single. She has not been previously engaged.

“My dream is to share my music and my writing with the world,” said Mia to the judges before the performance. AGT Mia proceeded to loop vocals, guitar, and bass, and play drums as a one-woman band. While playing she continues to sing “Gone My Way” an original song she wrote.

Then judges start to give compliments on her one women band performance. “ I just think you are a star,” said Howie. “I could watch a concert with you doing this,” Sofia Vergara added, “ I think you are one of the coolest girls that have been standing on that stage.” She finished her first appearance on the AGT stage on some high notes. The 18-year-old entertainer satisfied all the judges and won four “yes” es.

Mia starts her career as a drummer. She started drumming at 10 years old. Teen lady covered over 120 artists in 2019 alone. Morris spent most of her days playing drums and collecting other instruments. She does experiments and makes some creative noise in YouTube videos. Mia Morris AGT has written more than 125 songs for herself and others.

The musician Stephen Curry guided her and connected her to impressive songwriters.  She has released over 40 songs so far. But, Mia has not released an album yet. AGT Mia loves to release singles more than a full album.

Her performance on AGT is getting viral on YouTube. It has passed 1.2 million views within a single day. You can watch AGT Mia on YouTube at @Mia Morris. It has 56.1 K subscribers in it. Morris has already posted 178 of her own videos on YouTube. The young lady posted her first YouTube video in 2014.

You can follow AGT Mia on Facebook at Mia Morris. She has 5.7K followers in it. Also, her own music is available now on Apple music. Her Spotify also has over 2.6 million streams. Morris is on Twitter at @miamorrismusic. She also has 27.6K followers on Instagram. Mia is an active member of Instagram. She has uploaded 548 posts to it. She is available on Instagram at @miamorrismusic. Morris has over 63K followers on TikTok. If you like sign up for Deezer for free and listen to Mia Morris.

There is no exact figure for her net worth. She may earn a considerable amount of money through social media and through performing on big stages. And also, Mia has her own small studio.

How old is Mia Morris AGT?

Mia Morris is 18 years of age.

Where is from Mia Morris?

Mia Morris is from Nashville, Tennessee.