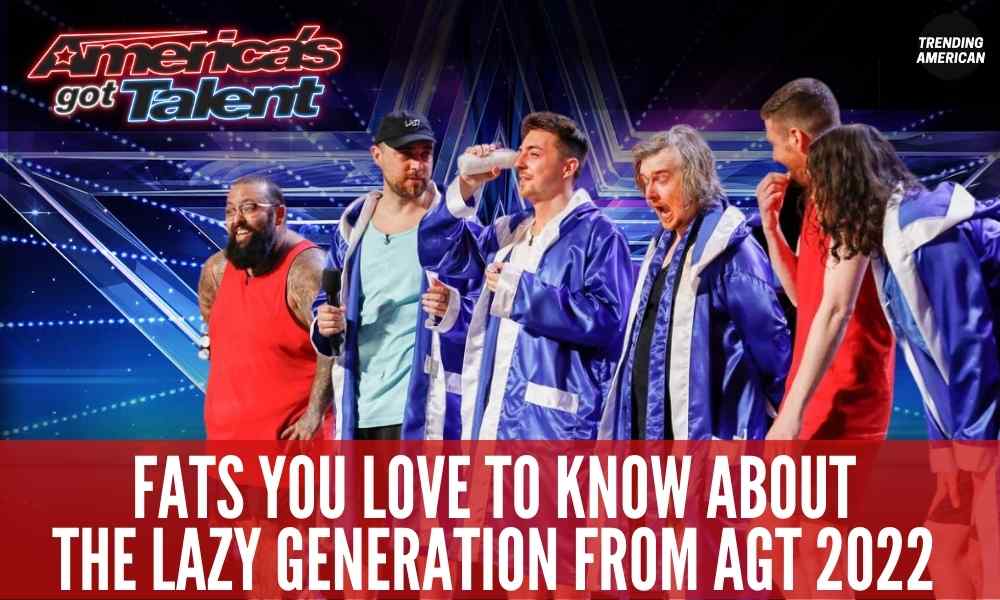 The Lazy Generation delivers an unexpected performance on AGT July 19 episode. It is a team who are in AGT as Britain’s Got Talent wouldn’t let them perform as they had envisioned. They have flown in from London to perform their audition in front of the World Best Got talent show. Here are some facts about Lazy Generation’s members, careers, net worth, and many more.

Lazy Generation is not an individual one. It is a group consisting of 5 members. They came from London, United Kingdom. Fhat Sam is a member of the Lazy Generation who maintains quite long hair. He is the tallest man out of the others.

There is nothing much about the other members. On social media also they tried to blow up as a team, not as individuals. It is rare to find information about each one individually. The group members are in their twenties and thirties. They all are British.

Initially, they introduced themselves as a group of athletes who create sports with a bit of a twist. The 5 people came to the AGT’s stage with ordinary passion wearing shorts and sandals. Lazy Generation performed similarly to the “Jackass”. It is a kind of act that always someone in danger. While the audition, Sofia pressed the red button as she is not ready to take it.

Sofia buzzed the act. “It is unique, and there is undoubtedly a crowd that enjoys this brand of entertainment.” Simon Cowell explained. Heidi claimed that it was so bad but it was good. However, Lazy Generation advanced to the next round by receiving three yes votes from the judges.

The Lazy Generation group has their own tv show on Comedy Central United Kingdom. They regularly performed various comedy stunts in it. The name of their tv show titled “ Lazy Generation: Stupid Stunts.

The comedy team is a busy one making different kinds of comedy acts. They are maintaining their social media accounts daily by counting followers. The comedy group has their own song which introduced themselves. Song name titled “ We Are The Lazy Generation” by Travis John Allen.

They earned around 42K subscribers for their YouTube channel. Often The Lazy Generation posts their comic parodies and acts on their own wacky ideas in it. They have uploaded 99 videos to it. The group posts regularly on their TikTok account.

There is no exact figure about their net worth. They may earn a considerable amount of money through social media, performing shows, and especially from their tv show performance on Comedy Central.

This is just the second television act that the judge Sofia Vergara was the only judge to buzz and give a solo “no” vote. The first happened to Chef Boy Bonez in Season15. There is nothing much about AGT Lazy Generation’s personal life, family, and net worth. No information about their ages and birth years. It is very clear that they have a plan to blow up as a team not as individuals.

How old is Lazy Generation AGT?

There is no exact information about Lazy Generation members’ ages.

Where is The Lazy Generation from?

The Lazy Generation is from Lindon, United Kingdom.

Who is The Lazy Generation?

Lazy Generation is a group of athletes who create sports with a bit of a twist.

Who is Sing Harlem Choir at America’s Got Talent + Facts.