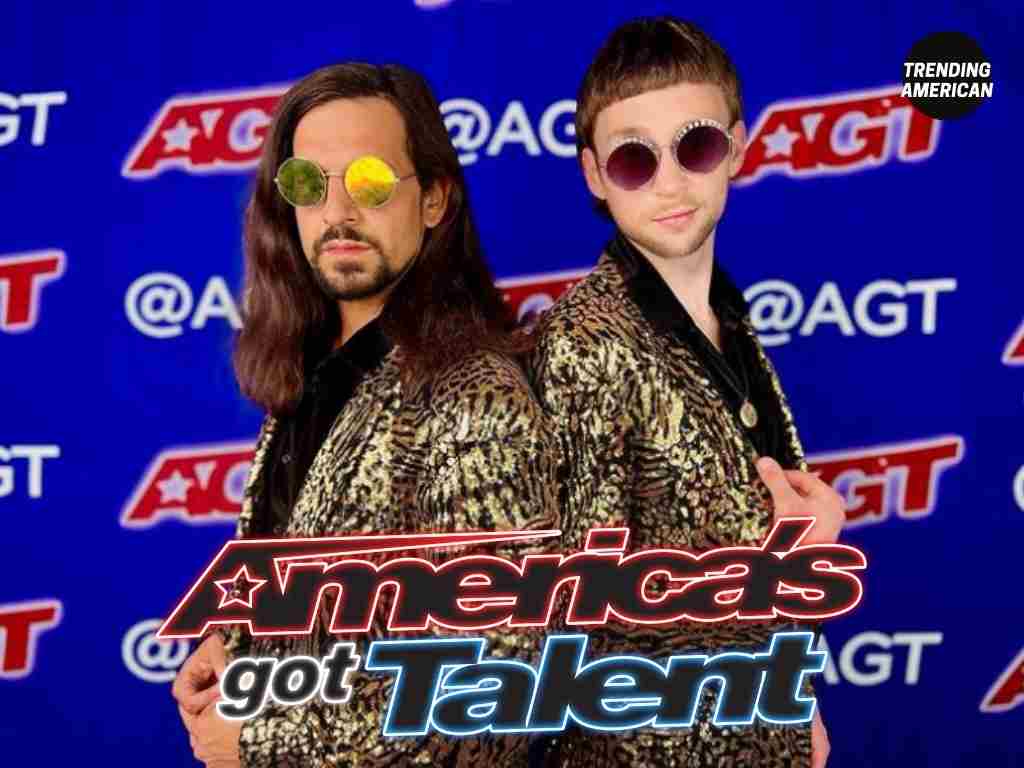 In Episode 1705 of America’s Got Talent, AGT German magicians Siegfried and Joy auditioned for a magic show by presenting a comedy-focused magic trick in which they transformed Siegfried into a strawberry and brought Jordan Conley onstage for a brief appearance. Howie Mandel, Heidi Klum, and Sofia Vergara voted “Yes,” advancing the contestants even though Simon Cowell voted “No.”

Berlin-based duo Siegfried and Joy create mind-blowing illusion art that’s a conflagration of glitter, joy, and tiger skin. In addition to winning several awards, the magic duo’s debut performance has been well received in festivals and theaters all over the world. They are no longer two gorgeous magicians’ trainees but rather actual masters of their craft, as evidenced by their signature style of abstruse stories with amazing endings.

Both of them complete each other. Anyone who has witnessed their performances has been instantly converted to the enchantment of spectacular entertainment and the power of magic. They are the new “superstars of magic,” as they consistently amaze audiences with astounding tricks and off-the-wall anecdotes.

AGT Siegfried and Joy’s family and relationship details are still unknown to the general public. When we have further information, we will update it here.

What Happened at America’s Got Talent Auditions?

The delightful comedic duo took the stage for the first time and stated they had gone all the way from Berlin to try out for the NBC reality show. They said serious things like, “We do magic all the time; therefore, magic is in us, and we want to share the magic with everybody.” Then they finished by saying, “We are the new superstars of magic. Let the public decide [whether we’re any good] in the end.”

The show opened with Siegfried and Joy, dressed in gold sequins, performing a dance routine. But things went away when a covering was pulled from a levitating magician, revealing he was only rising on one of his knees. One of them was made to “disappear” (we saw him jump off-stage) with the same sheet, but the real magic happened when he appeared to switch bodies with stand-up comic Jordan Conley, who had just auditioned.

Siegfried and Joy’s final trick was having Simon pick a card between one and five; when he turned around, we noticed that all five cards had the word “Banana” printed on them to go along with the other magician’s banana costume. No one saw this coming, but Simon’s word spelled out “Strawberry,” and the German had miraculously changed into a man dressed as a strawberry.

All the people in the audience and three of the judges stood to their feet when the performance ended. Simon, though, remained perplexedly silent. What the “AGT” judges had to say is as follows:

“You know, there are moments like these,” Heidi said, “when you are really, very proud to be German. How did you guys do it? I don’t know.”

In Howie’s words, “Love this. This is the year I think on our show where comedy is becoming king.”

“You guys are brilliant,” Sofia gushed. This is so creative. I mean, I want to be part of your act one day.”

Simon: “I’m slightly confused since I didn’t get it. And I found both of you to be really annoying… I thought it was all a bit stupid if I’m being honest with you.”

Based in Berlin, Germany, the team performs illusion-based magic. They also had an appearance on iUmor, a Romanian talent show. To put it simply, they do magic as their full-time job. Constantly, they perform miracles. The power to do magical things lies within, and they aim to unleash that power upon the world. They have become the new A-listers in the magical world.

The magic duo’s debut performance, which won numerous awards, has been well received at festivals and other events throughout the globe. Their characteristic of complex tales with unbelievable conclusions remains, but now it’s clear that these two are more than just trainees; they’re masters of their craft.

The public is not exposed to any information regarding Siegfried & Joy’s fortunes at this time. When we have more information, we’ll share it here.

How old are Siegfried & Joy?

Siegfried and Joy’s exact ages are a closely guarded secret. As more information becomes available, we will post it here.

Where is AGT Siegfried and Joy from?

Siegfried and Joy AGT are from Berlin.

6 Illegal Real Estate Practices & What to Do About Them