For many gamers, using Wi-Fi for online gaming counts as a cardinal sin. The wireless internet has improved with time but no one can underestimate the importance of Ethernet for gaming. Internet lag and poor connectivity are some of the major attributes of Wi-Fi. However, wireless internet is quite convenient for many reasons. What type of internet is best for you? Is there any speed difference when you compare the two? We will try to answer all the questions in this guide.

Before establishing that, let’s get to the basic differences between the two.

As the name suggests, WiFi is for wireless connectivity. You don’t need any physical wire. Therefore, it is the most widely used connection. The WiFi router is attached to your internet modem that is connected to the outlet. Many providers have a router/modem complex so you do not have separate devices and everything is confined to a single unit.

In today’s guide, we will compare the reliability, speeds, latency, and usage of Wi-Fi and Ethernet.

Download and upload speeds serve as the bottleneck for everything that involves the internet. Slower internet speeds result in a poor connection and you may face difficulty in streaming, downloading, and online gaming. The major difference lies according to the connection that you have.

It is no doubt that Ethernet offers better internet speeds compared to Wi-Fi. Back in the day, Wi-Fi was based on the 802.11g standard. The maximum speeds one could get with this standard were 40 to 50 Mbps. This speed was good for the internet on your phone. Ethernet can get you 100 to 1000 Mbps without a shadow of a doubt.

There are internet connections that offer such high speeds for Wi-Fi internet service, such as Spectrum Internet which has internet speeds starting from up to 200 Mbps and it reaches up to 1000 Mbps. Hence, Wi-Fi connections can offer you high internet speeds too, but it is not the same for every locality.

Everything boils down to the usage. For example, if you wish to send some documents within your network, Ethernet will get you the fastest route.

For gaming, latency is the most important factor. It is commonly defined as the time taken for the data or traffic to reach the server. In the gaming community, latency is often referred to as ‘ping’. Internet speed and quality are much more than raw bandwidth. It is crucial while you are playing games online. Games that require an internet connection and are meant to be played with friends require a quick response from the gaming server. In a scenario like this, Ethernet connections are recommended. If you are streaming a movie on Netflix, the Wi-Fi can work perfectly fine for you and is easily the best option.

Reliability is the main reason why people, especially gamers, prefer Ethernet to Wi-Fi. Consider playing your favorite online gaming over your home Wi-Fi, there will be many instances where you get to disconnect from the gaming server because of a poor connection. If you are in the latter stages of the game, this is the last thing you want. Ethernet cable, conversely, offers better consistency and speeds. You can download larger files and play online games smoothly.

Wi-Fi is very convenient but it faces many problems. The first is signal interference due to the physical objects. Secondly, the wrong placement of the router may either result in dead zones or inconsistent speeds. You will face sporadic signaling when you go from one room to another. Finding the optimal position for the wireless router may solve the issue but at the end of the day, Ethernet is better in terms of reliability.

Ethernet connections offer more security. Big companies are always under threat from the potential attacks of spammers. Therefore, they transfer data with the help of physical wires. Hence, if security is a major concern, you can choose an Ethernet connection because it offers more security.  You can search for the best Ethernet connection and go for the one that is under your budget. Or, if you are looking for a simple Wi-Fi connection, ‘localcabledeals.com’ is a platform that gives you all the options of ISPs in your area.

Ethernet is better for online gaming as it gets you less interference and the games run smoothly. Wi-Fi is great for all other purposes. Moreover, through this article, you can understand the difference between Ethernet and Wi-Fi. You can choose any connection that suits your usage, but as mentioned before in this article, if you are a gamer, the best option for you for smooth online surfing is Ethernet. 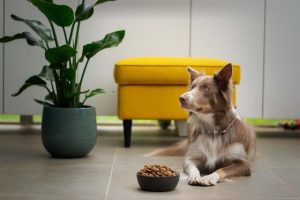 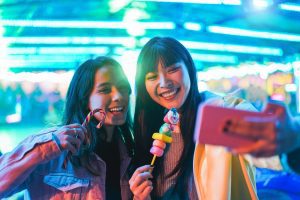 Alienvault is a software company that specializes in information security. They provide cost-effective, easy-to-use and scalable solutions for companies who...

On June 6, local time, the "popular" ransomware team LockBit 2.0 asserted to have data from Google subsidiary Mandiant, a...

Access panel gates have a long background, and in some ways, they've been here almost as long as man has....

You may have come across software applications like Image Resizer in your search for image resizing options. These programs can...

There are many advantages to using a remote DBA service. Some of the most notable benefits include: 1) Increased Efficiency...