Why You Must Play D2R (Diablo II: Resurrected) 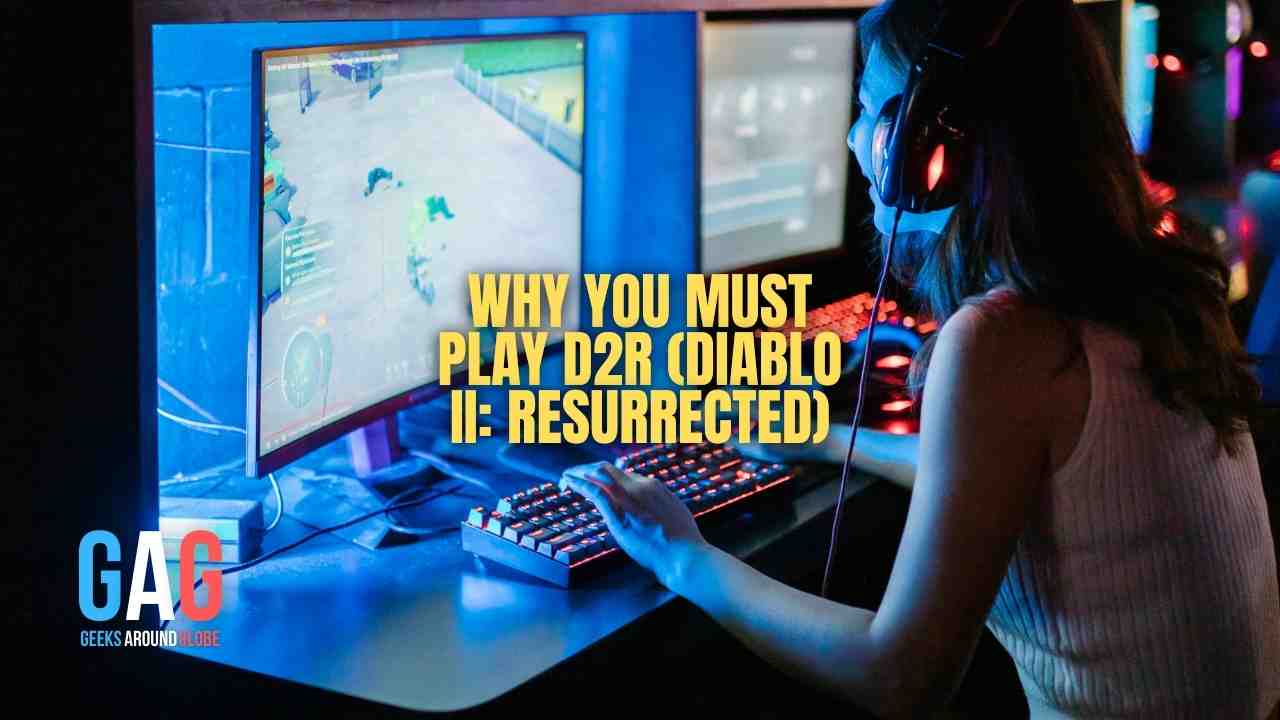 If a gamer is looking for spells, assassins, castles, quests, strategies, ancient weapons-like stuff, as well as the action, the D2R will claim the title. That is not just because it has got the excitement an ARP gamer would love but the thrilling nature that has spread all over the game. Not just the embracing storyline that can keep you awake all the time, but the graphics, soundtrack, and the weapons are capable of pushing you towards a never-ending experience.

According to several top-ranking reviews made by websites, D2R is among the best ARPGs the world has seen so far. Although the game has come out as an extensive step of the Lord of Destruction (2001) and remastered versions of the game with the same title, you will surely love the classical storyline you have seen. But, on this time, there will be graphics and more things.  This article will explain why you must play D2R as an ARPG.

The game was released on September 23, 2021. The game was introduced as a remastered version of the original game, released in 2001 and enriched with enhanced graphics, a new storyline, and the powers. The 2160p resolution was another advancement granted to the gamers by the developers as well. However, the developer has added some changes, such as transferring items between two players. IGN and other top reviewers have reviewed the game. It is among the best as a remastered game as well. According to Wikipedia, the Pc version has an average score of 80 out of 100 and that is the highest by an ARPG.

The game was released to PC, PS4, PS5, Xbox One, Xbox Series X/S, and Switch by Vicarious Visions. Among the popular games developed by Vicarious Vsisina, Spider-Man, Spider-Man 2: Enter Electro, Ultimate Spider-Man, Jedi Outcast, Star Wars, Jedi Knight: Jedi AcademyCrash Nitro Kart, and Star Wars Jedi Knight II must be names you will never forget. The developer has made an exception for this game as the theme is about the ancient times in the game. Vicarious Visions cooperated with Activision-Blizzard when publishing the game.

The remastered version has enhanced the graphic quality from typical to ultra. If you were a fan of the game in your childhood, the latest version would astonish you. Not only the 2160 or 4K quality, but the remastered character animations would embrace you. The game developers have designed monsters, heroes, items, and spells along with an astonishing touch. When it comes to places such as CY caverns, horrific tombs, and the battlegrounds, you will see the real difference from the previous versions.

Solo Or Up To 08 Players With New Items

The game is indeed a solo experience for a gamer who would enjoy the ARPG taste. But, you can use your friends to share the experience as well. Another great thing about the D2R is you get to choose items as much as you want. You are free to get them from p2pah like stores. Along with the D2R Items, cheap D2R Ladder Items, and boosting stuff, your D2R experience will be a dominant one.

Although the gameplay is classical, the features you can enjoy are in the game. The cross-progression is such a feature you may enjoy. You will be able to cross the platforms such as PC, PS4, PS5, Xbox One, and Xbox Series X/S. Whatever the platform you can lay with, the game will be ready to be played.

You will be able to continue your gameplay according to the abilities and the powers of seven different characters, Amazon, Assassin, Barbarian, Druid, Necromancer, Paladin, and Sorceress.

Amazon is the master of the javelin and bow. The character is a female one. You will be able to mitigate the enemies using the bow and javelin skills, and the power-ups have been made according to them. The Amazonian is sensitive to combat situations along with superhuman agility. You must provide prowess to the Amazon, and she will improve martial abilities.

As the second female character to meet, Assassin is from an ancient Vizjerei order. The order has been founded on hunting down mages that have gone rogue. What a gamer gets from this character are martial arts-based skills. She can put deadly traps and shadow disciplines to eliminate the evil.

The Barbarian is the character that has been designed to fight evil with mainly muscle power. Along with the Barbaric look on his face, evil will not dare to touch the ground for sure. Barbarian is a nomadic wanderer who has got learned arms skills into the infinity. The quick melee attacks of Barbarian are the deadliest, and his war cries can boost his allies. More importantly, the Barbarian’s war cries can work as two way booster as they can demoralize his enemies.

The magical lady in Green has been named the sorceress. She has got a magical shaft that helps her Command the elements. The sorceress is capable of dispatching the enemies from afar. Also, she has got blasts of fire, cold, and lightning spells that you can use to eliminate evil. You must remember that her skills are invaluable against the armies coming from Burning Hells.

Druid is a keeper of the wilds and has the ability to shape-shifting. Simply he can turn him into a vicious werewolf who can give commands to his animal companions and cause damage using his spells. Those spells are called primal spells of earth, fire, wind, and cold. You can use those spells to create the cataclysmic effect.

The Paladin character has been designed as a knight who makes his reliable assets are his weapon and the shield. What Paladin trusts except those two are martial prowess with protective enchantments. His intention is to get the legacy of free land and send demons back to the place from where they have come. It is important to remember that Paladin is not interested in using a spell or any magic power.

The Diablo II: Resurrected is not just a game but a whole new civilization you get to experience. There are 05 distinct acts that you have to play over to finish the game. The environments you have to play in, the enemies you get to overcome, and the experience you get are exactly opposite from one another.

The developer has thought that the best way to honor you with the remastered version is to give the classical play. Except for a few power adjustments, the storyline has been preserved for all good. Eth characters you knew, played, and wanted to be dead will have been waiting there for your arrival. If you enjoyed the old game playing with your friends, this would be the time to do that again. Even if you are a new gamer, classic gameplay is a dominant one when compared to present ARPGs.

You must have realized that the D2R is going to be a next-generation level experience for your gaming. Along with the perfect character that matches your personality, you can create an awesome impact on the game. To do that, you must go with the best item selection as well. If you choose the right item at the right stage, you will be able to skip lots of gaming hours as well.