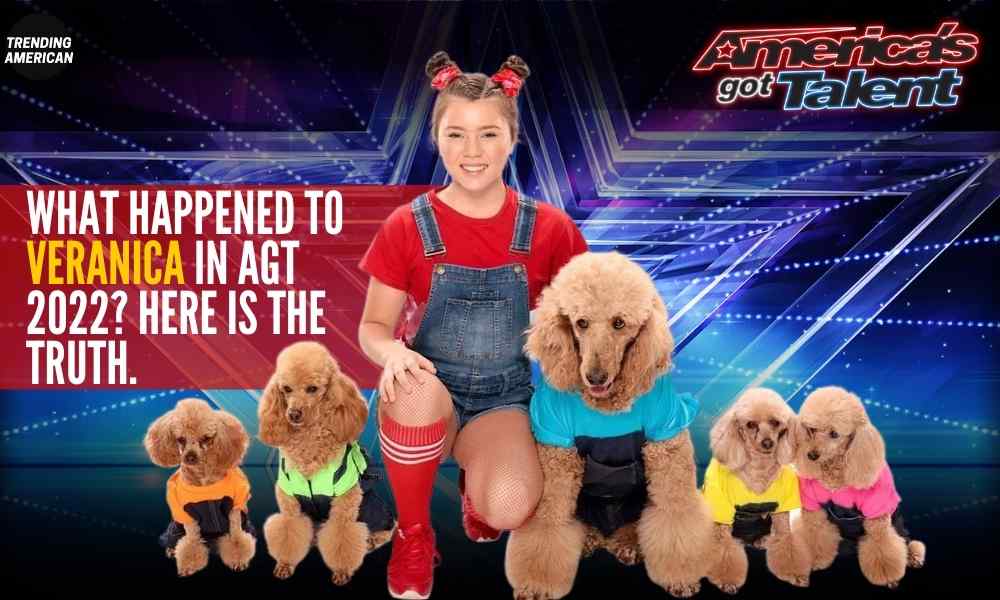 The young twelve years old lady who lives with a bunch of animals came to the AGT season 17. She managed her dogs to perform an exceptional animal act involving costume changes, walking on hindlegs, and more. Veranica showed how much control she had over her pooches. Here we brought some information about AGT Veranica’s life, family, relationships, career, and net worth.

AGT dog trainers’ full name is Veranica Tchalabaeva. But she used “Amazing Veranica” as her brand name. She is from Oxford, Florida, and lives on a farm. This cute girl is an American and twelve years of age. She is a third-generation performer and animal trainer. She made her biggest dream come true by auditioning with her talented friends on the biggest stage in the world. She doesn’t reveal about her studies.

Her parents are live entertainers and used to perform trick riding on horses. Veranica’s father is her horse riding coach. Her father’s name is Kanat Tchalabaev. She also has a supportive coach called Mirlan. There is no information about her mother and siblings.

She already has 27 horses, three camels, three ponies, eight goats, fifty doves, around 50 chickens, fifteen dogs, and thirteen cats. she has a huge bond with them. She spends her whole life with her incredible friends on the farm.

What happened to Veranica at the AGT audition?

Veranica’s dream finally came through as she got the chance to make her debut audition on AGT in Episode 1701. The little animal trainer performed her audition by managing her trained dogs.

She put on an incredible animal act involving various moves such as riding scooters, jumping rope, and changing costumes to “Butter” by BTS. Eventually, she received four yes votes to advance to the next round.

What happened to Veranica at the AGT Semi-finals?

Veranica has advanced to the semifinals. Her semifinal performance in Episode 1710 includes several new animal moves which impressed the judges once again. She used Megan Trainor’s “Better When I’m Dancin” from the Peanuts Movie to show her managing talents with her amazing friends.

But she did not receive enough votes to enter the Top 5 of the night. Unfortunately, she eliminates from the competition along with Ben Lapidus instead of Drake Milligan.

She is very much like riding horses. She learns and practices a lot with her dad to become a good horse rider. She reveals that already she works on a farm with over 200 animals including horses, camels, dogs, cats, goats, and chickens. She develops her career as an animal trainer. She has the ability to manage her animals and trained them to do amazing acts in front of any audience.

She has amassed 3809 followers on Facebook and received 3704 likes for her posts. Her social media accounts are totally filled with her animals and their behavior and acts. Her debut performance on AGT becomes viral on Facebook and it has already passed 10 million views. She appreciated all her fans and their support as she achieved a rare milestone on Facebook.

There are no exact figures on her net worth. But she may earn considerable money by performing with her incredible and talented friends. Also, she serves with his dad and her team as a professional horse rider.

Although most of Veranica’s social media facts are in this article, there is nothing much about her mother, career, and net worth. Even though she is twelve, she is professional in training her pooches to do exceptional acts in front of an audience. But many fans felt that her performance was not a “ Vegas-worthy” act.

Where is Veranica AGT from?

She is from Oxford, Florida, United States

How old is AGT Veranica now?