HomebusinessTaxi Advertising, Everything You Need to Know
business

Taxi Advertising, Everything You Need to Know 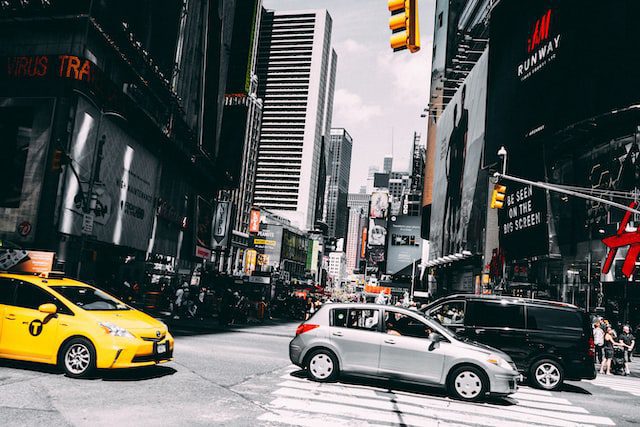 Rideshare companies, such as Uber and Lyft, grab all of the national headlines when it comes to short-duration transportation services. However, taxi cabs continue to thrive in major cities. In New York, Las Vegas, and dozens of other metropolitan areas, taxis remain as prevalent as they’ve always been. In some smaller cities, taxis outperform rideshare options because Uber and Lyft do not have enough drivers to offer a consistent service.

The taxi industry also remains relevant because of the income it generates on top of its passenger fees. Taxi advertising offers a unique form of marketing because it creates a traveling billboard throughout the city. Taxi advertising reaches people that don’t use the service with its external ads, but it can also give increased brand awareness to a captured audience inside the vehicle. There are many layers to taxi advertising, so let’s take a closer look at important things you need to know.

1. Can You Advertise Inside a Taxi?

If you haven’t taken a cab ride recently, you may not realize there can be marketing media inside the vehicle. With the improvements in technology, these ads are often featured on digital screens. This gives companies a chance to alter their messaging in real-time. Some marketers run different advertisements based on that day’s weather or current events in the news. Others showcase timers to count down to a major event in the area.

Whether the interior ad is digital or a static image, the advantage is clear. The passenger is not going anywhere for a few minutes. They will likely take a moment to look at or read your material during their ride. These days, it is difficult to achieve a captured audience at that level. With most people continuously on their phones or easily distracted by nearby activity, it is rare to have someone’s undivided attention for more than 20 seconds.

2. Where Can You Advertise on the Outside of a Taxi?

Taxi advertising on the exterior of the vehicle continues to be a successful strategy for many businesses. The most common form is a box on top of the vehicle. These ads are eye-level for most consumers and eye-catching since they stand out in traffic. Furthermore, taxis are always going to be in highly populated areas because that is how they find customers themselves. This means your advertisement will always be visible to a lot of people. Some taxis also use magnetic stickers or poster-style ads on the body of the cab.

A less common option, but one that is becoming more popular, is to wrap the entire vehicle with a company’s messaging. This will certainly captivate people passing by and cause them to look closer at the image. Aside from full-car wraps, ads placed on the trunk of the cab can be highly effective because many people will see them while sitting behind the car in traffic.

3. How Much Does Taxi Advertising Cost?

Costs can range from as little as $25 per cab to upwards of $2000. Some key factors have a significant impact on the price. The city’s size and the type of advertisement will likely drive the cost the most. Digital ads will cost more. Placement of the ad and how many ads you purchase will also affect the price since many cab companies give bulk discounts.

At the end of the day, this is the only question that matters. Taxi ads are usually an effective way to spend marketing dollars, especially if you can find a good price or take advantage of bulk discounts. The advertisements are naturally eye-level and often stick out because they are different from the other vehicles. This catches the eye of anyone in the area. On top of that, taxis linger in the most populated areas of the city, so you know your brand image is being seen by thousands of people constantly. As noted previously, interior advertising works as well because the passenger has limited options to look at while in the vehicle.

Don’t let the news headlines and business features fool you. Taxi cabs are not extinct, nor will they be any time soon. Taxis continue to thrive in major cities, especially New York City and Las Vegas. If you are considering how to spend your marketing dollars for an upcoming campaign, you should know that taxi advertising remains effective in today’s environment. With a mobile advertisement that stays in the densest parts of the city, it offers an effective method to reach thousands of people for a reasonable cost.

8 Factors to Consider When Choosing a Payroll Service Provider