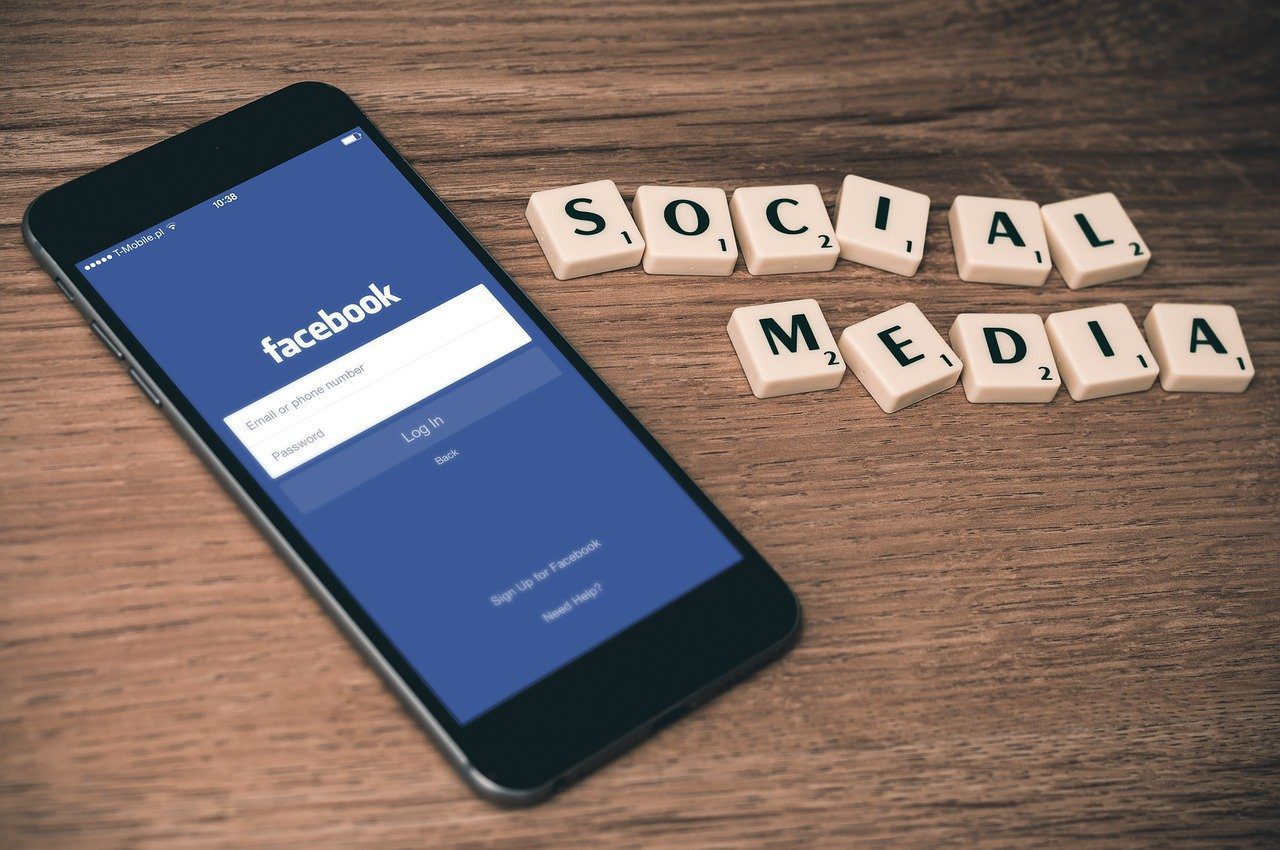 Social media in Russia: VKontakte and Odnoklassniki are the most visited platforms, but what is the landscape for companies that want to invest in this market?

According to the latest statistics, internet users in Russia have more than doubled in the last 5 years. With more than 105 million users and a growth rate of 176%, it is an ever-changing market. This trend originates mainly thanks to the development of mobile, which accounts for 95% of internet connections . The most visited site is Google’s competing search engine, Yandex, followed by the different social media VKontakte and Odnoklassniki .

Social media: which are the most used in Russia?

Facebook is probably the first major social media in the world, but in Russia it has to deal with a more “nationalist” market strongly oriented towards its competitor, VKontakte. According to data published by VCIOM (the Russian public research body) 42% of Russian online users visit VKontakte daily, followed by Odnoklassniki with 27% , both belonging to the great web giant Runet Mail.ru.

Vkontakte: the social network that dominates in Russia

In first place dominates VKontakte , literally translated as “ Contact ”, founded by Pavel Durov (perhaps best known in the West for having launched Telegram ) in 2006 as a service to connect students and undergraduates of Russian universities. Thinking about it, the parallelism with Facebook is evident, given that at the time Mark Zuckerberg had just studied a platform dedicated to the university world.

According to the data published by the Russian social network, today there are 410 million registered Russian users and 95 million active monthly , against  11 of Facebook (data: Statista.com) . VK depopulated not only in Russia but also in the rest of the Russian-speaking world of the CIS (Commonwealth of Independent States of the former Soviet republics). In fact, it is the most visited site in Ukraine (until its block on May 17, 2017), the second in Kazakhstan and the third in Belarus.

There are many similarities between Facebook and VKontakte, but also many differences. The graphics are very reminiscent of the American platform, as well as the main features: the ability to share posts, photos, videos and the messaging service . Unlike Facebook, however, VK has a more lax copyright policy . VK offers the possibility to share entire movies in streaming and playlists of your favorite songs, with its own built-in player . This last feature caused some problems for social media, even in Italy, where in 2013 it was closed and made inaccessible on the national territory for a couple of years.

VKontakte is very often used by users as a real blogging platform, with much longer posts than Facebook’s. On VK the communities are depopulated , a sort of “forum” linked to the platform where fans exchange content of various kinds on a daily basis. The communities are differentiated in turn into “Groups” (where users mainly exchange opinions and articles) and “Public Pages” (for celebrities and brands).

For companies wishing to enter this market, it therefore becomes strategic to leverage this type of logic, where involvement and storytelling become fundamental assets . Just look at Barilla : on VKontakte it is present with descriptive posts (much longer than on the Facebook fan page) and contents designed to stimulate engagement, such as videos or polls.

The possibility of targeted advertising on VKontakte exists (to increase fans or engagement), but we can say that it is a 1.0 version of what Facebook allows us today. Basically there are ” paid post marketplaces ” and ” targeted ads “, with different payment methods based on content and strategies. But we will deepen this aspect soon with a new article.

The audience present on VK is quite homogeneous, but with a higher female share: the audience is represented by 57% (52% on Facebook) by women and the remaining 43% (48% Facebook) by men. The age range of greatest use is between 24 and 34 years. Sources: habrahabr.ru; russiansearchmarketing.com.

Odnoklassniki: the social media of choice for over 30s

Odnoklassniki ( literally “classmates”), also called OK , ranks second with just over 200 million subscribers and 45 million active daily users, scattered throughout the Russian-speaking area. Like VKontakte and Facebook, OK was born in 2006 as a platform to connect old school and university friends.

In the first years of its existence, the main features were paid. Now all basic functions are free, such as creating a profile, sharing photos, playlists, rating shared photos. The paid features , on the other hand, concern the assignment of particular badges to photos, an extra memory space for photos, the cancellation of negative comments, a wide choice of emoticons. Also on Odnoklassniki it is possible to see who has visited your profile (as on Linkedin), but the “invisible” option also remains for a fee.

Groups are very popular but also “fan pages” where multimedia contents (playlists, videos and photos) are shared. Ok users are very active, they participate in communities or fan pages and interact a lot. The audience is mainly made up of women (70%) in an age range between 34 and 45 years. The average Odnoklassniki user spends at least 20 minutes on the platform compared to VK’s 10.

Investing in OK can be really strategic for those targeting women over 30 above all . Let’s talk about the universe of mothers, in particular. And it is no coincidence that a brand like Kinder has planned a very heterogeneous editorial calendar and encouraged targeted advertising.

The thing that stands out the most when opening Odnoklassniki is the graphics, which very much reflect the taste of its Russian users. The bright colors, the orange color of the whole platform, the colorful emoticons: they are probably the opposite of all the current “western” taste inspired by “ flat design ”.

Perhaps not everyone knows this, but the entire Russian territory includes nine different time zones, with a very heterogeneous socio-cultural branch. In this regard, it is necessary to take into consideration the large metropolises such as Moscow and St. Petersburg , where the situation is a little different from that described up to now. Being two cities very open to Europe, this “direction” is also found in social networks: VKonktake remains the “champion”, but Facebook, Twitter and in particular Instagram are widely used .

Facebook reached 11 million monthly users in Russia. The average user is between 25 and 35 years old, usually holding a university degree and coming from large cities.

Twitter barely reaches 8 million users. The public is represented by 52% of men and 48% of women. The average age is like that of Facebook, between 25 and 35. Fun fact: the average user in Russia is very politically active . Indeed, Twitter in Russia has reached peak usage during particular political events, such as the killing of Navalny and the war in Ukraine.

Social Media in Russia: an opportunity for companies?

The constantly growing Russian market is ready to accept new challenges. Italy in particular has always been the subject of great interest for Russia and its consumers, who are so fascinated by Made in Italy that they organize shopping holidays.

But what can happen if users were able to meet the offer of Italian companies directly on the web ?

What if they could communicate with brands through social media ?

Italian companies that want to export quality products and services now have the opportunity to evaluate this enormous digital space available, a concrete possibility to be interpreted and implemented with ad hoc strategies.

However, all this does not mean looking at the Russian market as the new “Far West”, as if we were modern communication pioneers who just “plant a flag” to capitalize on the investment.

It means having clear and transparent goals, first of all.

It means evaluating, proposing and monitoring, adapting contents and ideas to a culture different from our Italian culture, also – and perhaps above all – in its digital aspects. 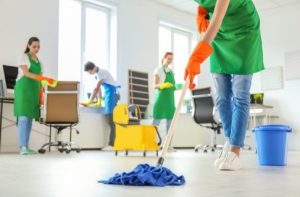 Previous post Why janitorial service in Mississauga is better than DIY?
Next post Universities in Australia for international students; All you need to know 

KOL Marketing Can be Successful in Thailand KOLs, or key opinion leaders, can be used effectively for marketing in Thailand....

Tofu, Mofu, and Bofu respond to each stage of the conversion funnel, which is critical for Inbound Marketing professionals. In...

The common misconception is that working with SEO marketing agencies can break the bank. Granted, the vast majority of high-quality...

Marketing can be your greatest tool, but it can also lead to the downfall of your business when improperly executed....

Those who work every day with social media know the great importance of data to measure the effectiveness of each communication campaign....

Christmas is approaching and anxiety about buying gifts rises. Among friends, colleagues and relatives there is certainly a digital addicted who loves tech...