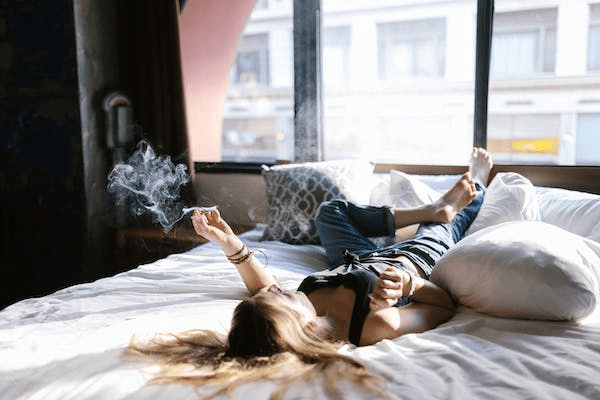 Are you thinking about buying a recreational drug? Whether for personal use or to share with friends, it’s important to be aware of the laws surrounding these substances before making a purchase. This blog post will provide an overview of the top legal facts you need to know before buying any recreational drug. Keep reading to learn more!

When purchasing a recreational drug, it’s important to know the source. Many different sources exist for these substances, including online retailers, brick-and-mortar stores, and even personal connections. It’s important to research to ensure that you’re buying from a reputable source.

There are also different types of recreational drugs. For example, some drugs are synthetic, meaning they’re created in a laboratory. Others are natural, meaning they come from plants or animals. Natural substances are typically considered safer than synthetic drugs, but this isn’t always the case.

Marijuana Is Legal in Some States, but Not All

Marijuana is currently legal for recreational use in 19 states, including California, Colorado, and Washington. However, it is important to note that marijuana is still illegal under federal law. This means that if you purchase marijuana in a state where it is legal and transport it across state lines, you could be subject to federal charges.

Cannabis is currently legal for medicinal use in 33 states, including Pennsylvania. It is illegal to purchase cannabis for recreational use in Pennsylvania. The only way you can possess cannabis legally in Pennsylvania is if you have a valid medical marijuana card. The cannabis legalization process in Pennsylvania is still in its early stages, so the laws surrounding medical and recreational use may change in the future. Additionally, lawmakers are taking some serious steps toward legalization. There was a hearing in Feb 2022 by the Senate committee; hopefully, we will see a vote soon.

In most states, you’re only allowed to possess a certain amount of the product at any time. For example, in California, the possession limit for cannabis is 28.5 grams or just over an ounce. You could face criminal charges if caught with more than that. So before you make a purchase, be sure to check your state’s laws to avoid accidentally breaking them.

Possession limits also vary by the type of drug. For example, some states have different possession limits for cannabis and other drugs. So, if you’re purchasing multiple types of recreational drugs, check the laws for each.

Some Substances Are Decriminalized but Not Legalized

For example, possession of less than an ounce of cannabis in Oregon is decriminalized. This means you will not be charged with a crime if caught with that amount.

In contrast, legalization means a substance is legal to possess and use. If you follow the state’s laws, there are no penalties for possessing or using the substance.

Some Substances Are Legal but Not Regulated

In some states, certain substances are legal, but the state does not regulate them. This means no laws govern how they can be sold or used. For example, in Alaska, it’s legal to purchase and use cannabis, but no laws regulate how it can be sold. This can make it challenging to find a reputable source for the drug.

Additionally, some substances in one state may not be legal in another. So if you’re planning to travel with any recreational drugs, check the laws of the state you’re visiting before you do.

Drugs Should Not Be Sold Near Schools or Parks

In most states, selling drugs within a certain distance of schools or parks is illegal. This distance varies by state, but it is typically 1,000 feet or less.

If caught selling drugs near a school or park, you could face enhanced penalties, such as a lengthy prison sentence. So if you’re going to sell drugs, be sure to check your state’s laws to make sure you’re not breaking them.

If caught with a large amount of the drug, you could be charged with intent to sell, even if you weren’t planning to sell it.

For example, in California, possessing more than 28.5 grams of cannabis is considered possession with intent to sell. So if you’re caught with that amount, you could be charged with a crime, even if you weren’t planning to sell it. This is why it’s essential to know your state’s possession limits before you make a purchase.

If you cross state lines with the drug, you could be charged with drug trafficking. This federal crime carries harsh penalties, including lengthy prison sentences.

So if you’re planning to travel with any recreational drugs, check the laws of the state you’re visiting before you do.

It’s Illegal to Drive under the Influence of Drugs

So if you’re going to use recreational drugs, be sure to do so safely and legally. And never get behind the wheel if you’re under drugs.

Before you purchase any recreational drugs, it’s essential to do your research and make sure you understand the laws in your state. Additionally, purchase your drugs from a reputable source to avoid legal or safety issues. And finally, never drive under the influence of drugs.

What are CBD 8 Flowers?