Thanks to the press flashing pictures of ships lined up in the Bay Area, everyone is aware of the huge congestion of cargo ships, some of which have to wait for weeks to discharge their cargo. However, the organizations responsible for the mega-ships carrying millions of dollars’ worth of cargo arriving and departing the Port of Oakland have come together to frame and implement a new set of rules designed to decongest the area, improve maritime safety, and reduce the level of pollution.

The ships arriving to discharge at the Port of Oakland, the principal port in the San Francisco Bay Area, approached the coast to join a queue and remained anchored to wait their turn for docking space. According to Bloomberg, the congestion peaked at 83 ships waiting in the queue. The waiting time was close to 17 days. The congestion led to the supply chains straining and becoming a drag on the largest economy in the world. The disruptions escalated inflation, the cost of living spiked, and the situation highlighted the lack of capacity of warehouses and the availability of truck drivers and warehouse staff. Additionally, because of the ships not being able to enter the ports, the quality of the air became a matter of concern.

The new rules that came into play envisaged the ports giving vessels assignment time. The ships would wait outside a new zone extending to 50 miles from the coast. The new zone, the “Safety, and Air Quality Area”, is created to leave the bay waters open and uncluttered. The new offshore queuing process is a joint effort by The Pacific Merchant Shipping Association, the Pacific Maritime Association, and the Marine Exchange. The move to decongest the Bay Area is not likely to have any impact on the capability of the ports in California like the Port of Oakland, the port of San Francisco, the Port of Los Angeles, the Port of Long Beach, etc. to handle the huge volume of cargo. However, it will significantly reduce air pollution from emissions from vessels in the Bay Area. With the vessels now parked in the high seas, it will allow more space between them, leading to better safety, which is especially important during the winter storms. According to the Pacific Merchant Shipping Association, the new rules will enable vessels to go across the Pacific slower and reduce their overall emissions.

The new queuing system was first implemented year at the ports of Los Angeles and Long Beach. It proved successful in reducing the congestion in the San Pedro Bay caused by the increased marine traffic due to the economy bouncing back after the pandemic. According to a PMA statement, the success of the queuing system in Southern California led to its expansion to the Bay Area. According to them, the new system has reduced the number of anchored vessels near the ports leading to increased safety and better environmental protection for the coastal communities. With the sustained success of the new queuing system, the maritime community can look forward to better and more economical operations. 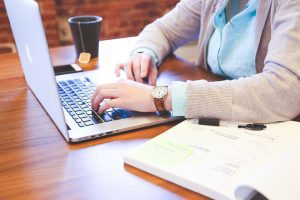