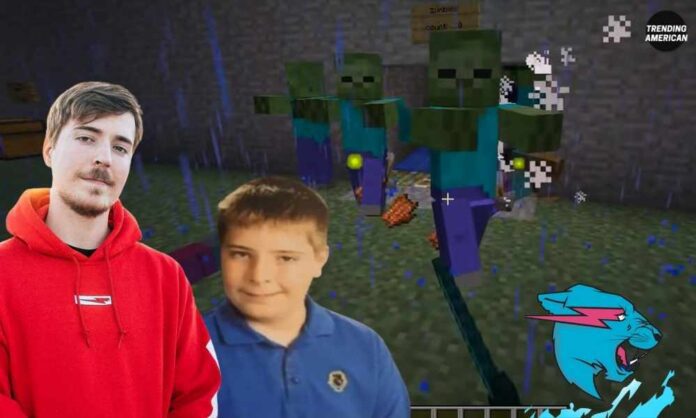 MrBeast’s first video ever was uploaded way back in 2012. At the time, MrBeast was calling himself MrBeast 6000 and used to upload gaming videos. MrBeast‘s first video is a Minecraft video where he showcased a map he made in creative mode. Here is a brief of everything about his first video.

Jimmy Donaldson was a 13 years old boy when he recorded his first video. Now he is among the most successful YouTubers in the world.

“I was 13 when this was filmed, lol. Go watch my other first videos, I’ll leave pinned comments on each for you’

What is the video about?

The video starts with MrBeast talking, “where am I.” He is in a saw trap and reads the sign he saw in the saw trap. According to the game sign, he has to flip every switch and kill all the monsters that come out in advance. He will explode if he tries to open the door without killing them.

So he grabbed the diamond sword and killed ten zombies first, five zombie pigmen second, and finally three friends. He made it to the door and opened it. There was simple parkour filled with lava, and he went to the last room.

In the room, there is another game sign. There is a switch to flip for freedom. When MrBeast flipped it, he had to escape from the room, and the video ended with him falling into the lava.