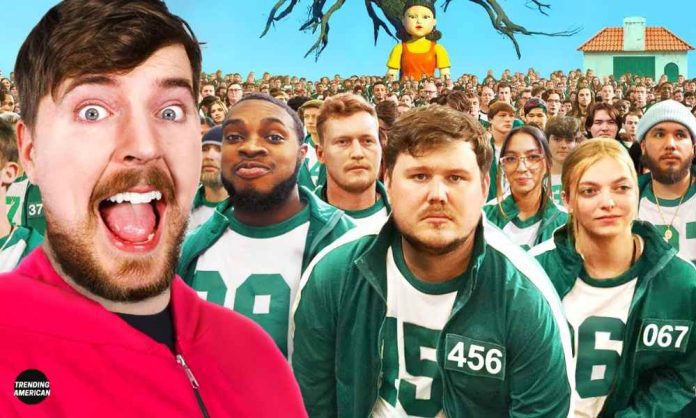 This is the MrBeast’s most-rated video among the viewers and the first-ever Squad Game in your real life. Here is a brief review of the “$456,000 Squid Game in Real life!” video.

Squad game in your real life is an amazing feeling to everyone who gets the chance.

MrBeast came with 456 random people to play his next game with them.

He has recreated the Squid Game in real life, and 456 people have to face them carefully. Contestants were eliminated randomly, and within 53 seconds, 30 people got eliminated.

After the Tug-of-war challenge, 60 people remain for the next round. MrBeast came with the glass bridge challenge, and it was fantastic to watch.

Finally, the last 6 were eliminated one by one, and the man who became the runners-up received $10,000 from Jimmy, and the winner had $456,000. It was the first-ever official squad game in real life. Don’t miss it.

How Did Jimmy Donaldson, aka MrBeast, Make it 0 to The Most Subscribed Individual YouTuber in The World?