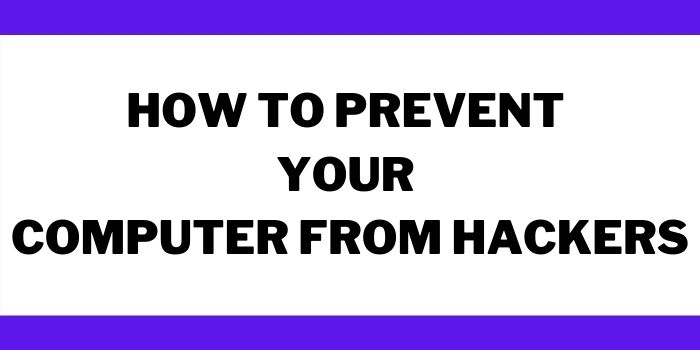 Today, everyone uses a Mobile, Tablet, or Computer that is connected to the internet. We go online and do online shopping, online banking, search for information, and many other activities. These devices especially computer contains some personal data such as personal photos, videos, files, and most important banking and financial details. And using such devices without any security tool can cause you to compromise with important data. So How to prevent your computer from hackers? Here we are going to share some of the best antiviruses that help your computer to stay protected from hackers.

Can Antivirus protect from hackers?

Hackers are the criminal who always looks for people who use unprotected devices to gain unauthorized access to the network. So they can steal sensitive data, such as financial information and secrets but an antivirus protects your computer or other internet-connected devices from such hackers and snoopers.

Antivirus is like a medicine for your computer that protects your device against hackers, viruses, and other potential threats. An antivirus application is a highly affected tool to reduce your chance of becoming a cyberattack victim.

Which are the Best Antivirus to prevent computers from hackers?

BitDefender is one of the best and features-rich antivirus that helps your system to get hacked by hackers. This antivirus has all the features that protect your system including a malware scanner that has a 100% success rate. The malware scanner is capable of identifying malware files by slowing down your PC.

Bitdefender antivirus suite can handle all the basic as well as advanced tasks easily to prevent your PC from hackers. This antivirus software is loaded with AI and other revolutionary technologies that detect and block any potential issue that can cause trouble to your PC.

Despite a free version with the limited feature for one device, Bitdefender antivirus has three paid version that secures your system from hackers.

Malwarebytes antivirus is a powerful antivirus that wipes out malware and other potential threats more aggressively. This antivirus comes with some of the best features to protect your system from hackers, malware, and ransomware. This is a complete, secure, and highly capable antivirus that offers real-time scans for malware threats.

Malwarebytes offers 3 types of scans, a threat scan that checks for the infected areas of the system such as memory, startup, and registry. Custom scan that allows you to select the area you want to scan and hyper scan to check memory and startup objects quickly for malware.

Malwarebytes offers a free version that comes with some limited features for one device only. Three paid versions also there for users and their prices as below outlined.

you can also check Bitdefender vs Malwarebytes comparison if you want to know how these top-rated antiviruses differ from each other.

Kaspersky is one of the well-known and best antivirus companies that has been trusted by millions of people. This antivirus is capable of blocking the latest viruses, ransomware, spyware, crypto locker, and many more. It also helps to stop cryptocurrency mining malware damaging that can cause damage user’s PC.

Kaspersky antivirus offers an easy-to-use interface that offers real-time protection from malware, ransomware, and hackers to user’s PC. This antivirus application scans the computer to see if there any potential issue and allows your PC to perform securely.

In this article, We discussed some of the best antiviruses that help users to protect their devices and privacy. And we hope now we know How to prevent your computer from hackers. Our computer contains some of the very important data and keeping them safe from such people should be our top priority. 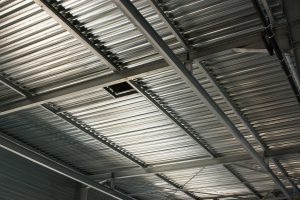 Next post What Should You Expect From a Steel Siding Manufacturer?

Summer is here and now is the perfect time to make your house summer-ready. The hot outdoors and heatwave make...

The ideal Google Home speakers should be able to accommodate your specific needs. Although Google and other smart home manufacturers...

Everyone nowadays wants to create special and auspicious moments in their lives, and in order to do so, they search...