Famous Paintings of Hell That Leave You Speechless 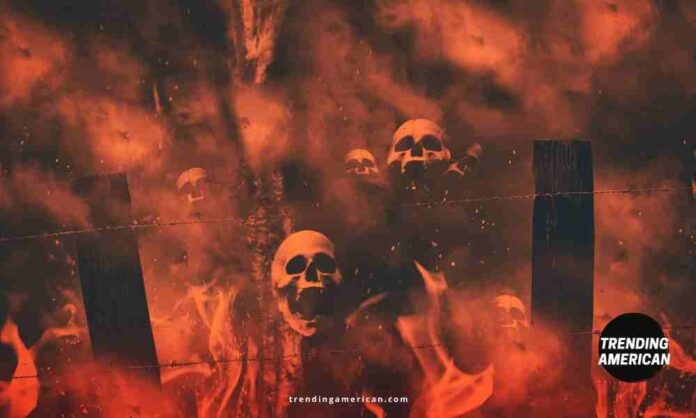 Many famous paintings of hell depict graphic and disturbing scenes of torture, suffering, and death. These paintings usually include scenes from religious texts such as the Bible or Dante’s Inferno.

Many of these masterpieces were created during the Medieval and Renaissance periods when religious beliefs were more prevalent in society. Here are some examples of the famous demons paintings of hell that would leave you speechless.

A well-known literary masterpiece that has undergone extensive study and analysis throughout the years is Dante’s Inferno. Many academics think that Inferno’s artwork captures the era in which Dante lived and composed the epic poem. The Inferno is set during the height of the Renaissance in the 14th century.

The poem’s illustrations frequently convey the attitudes and values of the time. For instance, Inferno’s artwork frequently features depictions of bloodshed and brutality. This portrays the brutality of the era when conflicts were frequent and daily living was harsh. The artwork also conveys the prevalent religion at the time. The Inferno has numerous depictions of biblical or Christian mythological situations because Christianity was the preeminent religion throughout the Renaissance. Being a devoted Christian, Dante frequently used the devil painting in Inferno to express his theological views to his viewers.

Painted by Angelico Giovanni da Fiesole in 1431, “The Last Judgment”

Between 1425 and 1431, early Italian Renaissance maestro Fra Angelico created The Last Judgment. It is a fresco painting that may be found over the altar in Florence, Italy’s San Marco Convent. According to legend, the painting depicts Jesus Christ’s Second Coming.

Virgin Mary along with Saint John the Baptist are positioned to their right and left, respectively, as Christ sits in the middle on a throne. The apostles, martyrs, and other saints are seen below them. The damned is seen on the painting’s left side, being dragged by demons into hell. A halo encircles the image of Christ, signifying his omnipotence.

The Virgin Mary and Saint John the Baptist’s placement on either side of Christ demonstrates the significance of their roles in the salvific narrative. Several biblical allusions are also made in the picture, including those to the Book of Revelation and the Parable of the Sheep and the Goats. The Last Judgment is a notable work of art in the history of painting. This is one of the first works of art to depict hell in a precise and horrifying manner. It also had an impact on the growth of the Italian language.

Domenico Di Michelino’s Dante and the Three Kingdoms, made in 1465

Domenico di Michelino finished his picture Dante and the Three Kingdoms in 1465. It can be seen in Florence, Italy, in the Sala dei Giganti of the Palazzo Vecchio. The three kingdoms of nature Hell, Purgatory, and Paradise are depicted around the central figure of Italian author Dante Alighieri in the picture.

A copy of Dante’s epic poem, the Divine Comedy, which describes a voyage through the three kingdoms, is displayed in the image. Dante is seen being led into Hell on the left side of the artwork by the Roman poet Virgil. The man can be seen on the right side climbing into Paradise under Beatrice’s guidance.

Dante is seen in Purgatory in the middle of the picture, surrounded by the souls of the deceased. The picture is loaded with allegories and symbols. For instance, the light in paradise reflects the benefits of the pious, and the fire in hell depicts the punishment of sinners. The three stages of human life: birth, living, and death are sometimes seen as being represented by the three kingdoms.

Hieronymus Bosch created The Garden of Earthly Delights between 1490 and 1500.

Early Netherlands artist Hieronymus Bosch created the triptych painting The Garden of Earthly Delights. It is a sizable painting with a lot of surreal and disturbing images.

A group of naked men and women are seen in the painting’s central panel participating in various adult acts in a garden. In addition, hell and heaven are depicted on the side panels. There is much to debate over the significance of the picture because it is pretty symbolic.

While some academics think the artwork is a celebration of human nature, others believe it is a warning about the perils of sin. Although the painting is undoubtedly open to interpretation, there is no clear-cut solution.

In the painting, a man holding his head in his hands is shown to be in a mood of despondency. The area around the figure seems gloomy and menacing. His head is cocked back, and his eyes are closed.

His right hand is holding a book, while his left hand is raised. His left arm has a snake coiled around it. The man’s face is illuminated by light against a dark background.

This scary Satan painting portrays Satan, the fallen angel, as seen in the picture. The serpent coiled around his arm is a metaphor for Eve’s deception in the Garden of Eden. He has been cast out of the light of God, and that light is what is beaming on his face.

Undoubtedly, many artists’ well-known depictions of hell created throughout history have been incredibly terrifying. However, these artistic creations frighten the spirit while capturing the imagination.

Together, these paintings offer us a glimpse into the worst concerns of the artists and the potential for cruelty in human nature. Each painting is a distinct image of damnation. These paintings may be unsettling, but they remind us of all the negative effects of our actions. Yes, we’re accountable.