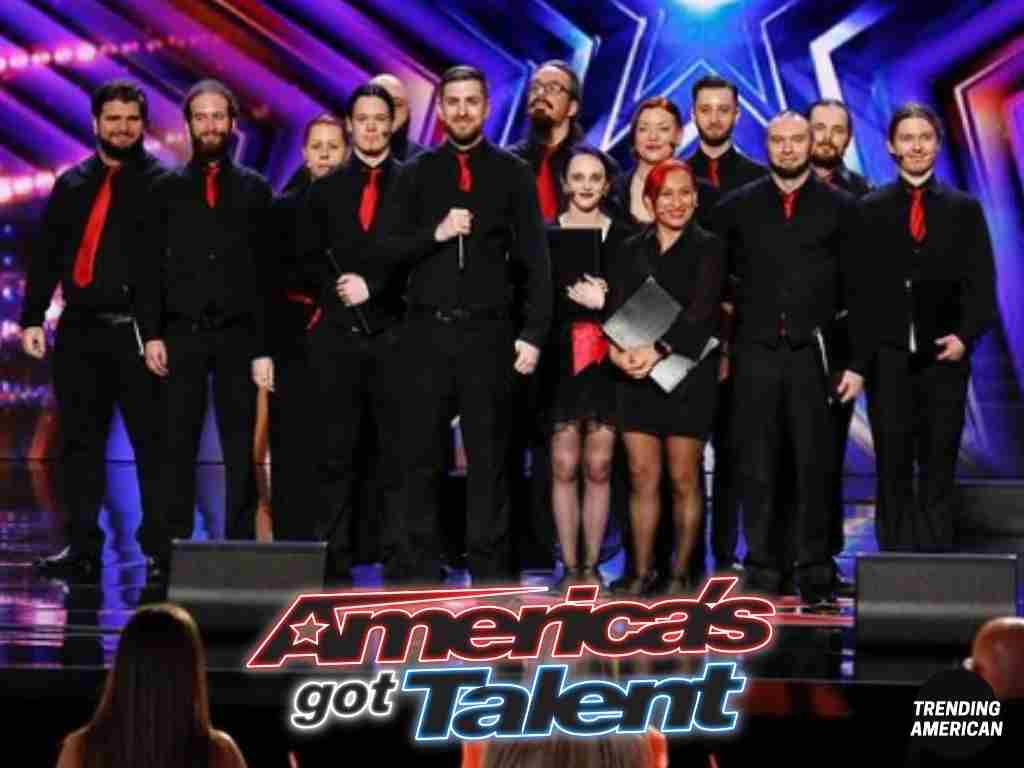 As the only metal Choir team in the world, Dremeka made their appearance at AGT. Along with the entry to the next round, they unlocked the hearts of the AGT audience and the entire world with a heart-shaking impact as well. This article will explain who the Dremeka is, Dremeka Choir members, what happened at America’s Got Talent auditions, career, net worth, and more things you want to know.

Dremeka Choir is a Canadian metallic choir group made of 13 metal vocalists. Their music can be depicted as a combination of metal music and choir-based tones. The group is from Montreal, Canada. They have been performing since 2018, and they have not got much experience except being the change that the world has never seen in metallic and the Choir. The team has a specialized skill in performing film scores, dance music, and concert pieces, music production, shows that follow a unique theme.

Dremeka Choir had followed the 1979 horror classic Omen on the AGT stage. After the traditional intro, Pier introduces himself, the Dremeka Choir, and his dream to use the winning price to be dedicated to their music tasks. They had a few seconds of silence, which made the judges anxious.

Even after the Choir started, it looked scary rather than being embraced. After the very first minute, the real embrace came into the act. The team did an awesome job in the presentation. Not just the singing but the physical reactions did a great job. “This is another unexpected thing for today, huh,” said Heidi. The judges were three yesses, and they were sent to the next round along with more appreciation.

What is Dremeka Choir’s goal/ ambition?

The name “Dremeka” has derived from the ancient word “Dream Machine.” The team has one specific dream, to share the music and find the money to employ themselves professionally and full-time. According to the founder of the Choir, Pierre, all the Canadians in the team are not entirely dedicated. They do other jobs.

Pierre-Luc Senécal is the founder of the Dremeka. He is a specialized Engineer in composing tracks and finalizing them. He manages the team all alone, and the members are from Canada. However, we still do not know their names and other info. All the members of the choirs are in their 20s and 30s.

The Dremeka was started in 2018, meaning it has not passed many times. But, the team has presented in several countries. The “Extreme Vocals.” It is a crucial point in their career in which 14 vocalists took part along with 24 singers. The founder, Pierre, has shown his true skills in several countries such as Canada, Germany, Italy, Monaco, Russia, Sweden, South Korea, and even the USA. Among his most notable works, the sound composed for AAA Resident Evil 7: Biohazard video game was a crucial one.

Dremeka Choir’s net worth is around $54,000. Their website, choir career, and branding bring this net worth for them.

The Dremeka choir is on Instagram and Social media. They have just 34 followers on Instagram. The Choir has a Youtube channel which is still in the growing stage.

Where is Dremeka Choir from?

They are from Canada.

Who is the founder of the Dremeka Choir?

Pierre-Luc Senécal is the name of the Dremeka’s founder.